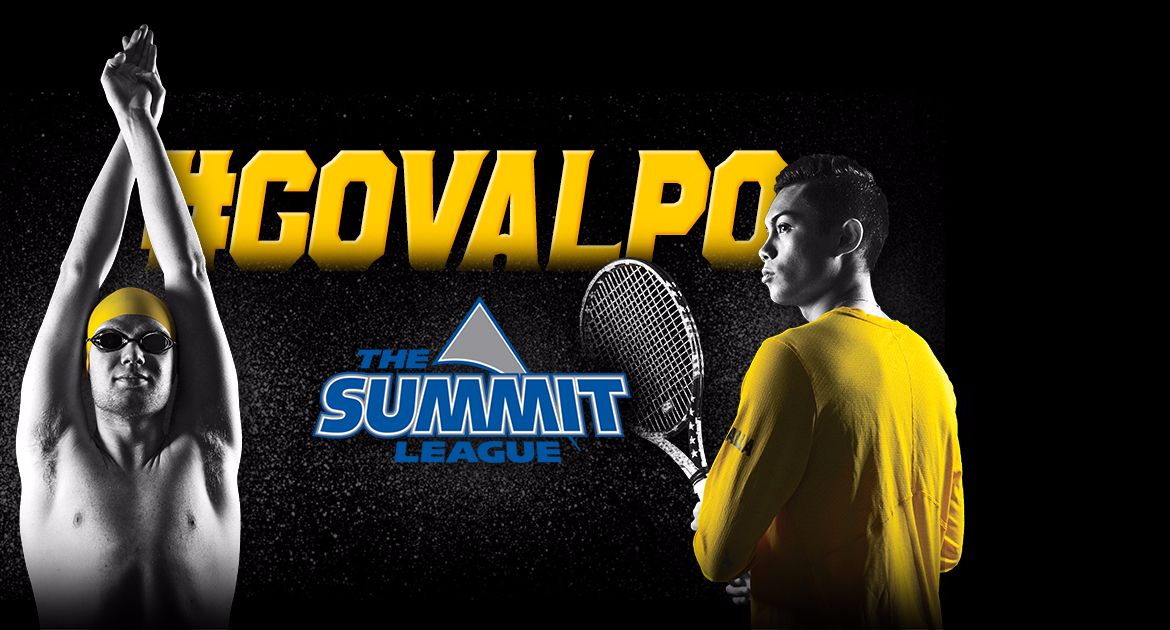 Director of Athletics Mark LaBarbera has announced that Valparaiso University has accepted an invitation to join the Summit League as an affiliate member in men’s tennis and men’s swimming beginning with the 2017-2018 academic and athletic year.

Valparaiso was a founding member of the Summit League, then known as the Mid-Continent Conference, in 1982 and competed in the conference until 2007.

“We are very excited about returning to the Summit League as an affiliate member in men’s tennis and men’s swimming,” LaBarbera said. “The Summit League is a great home for both programs and we look forward to seeing our teams compete beginning this season.”

The Valpo men’s tennis team is the midst of its most successful stretch in program history. The Crusaders finished the 2017 season at 23-4 overall, shattering the program’s single-season wins record for the fourth consecutive year. The Crusaders went undefeated in Horizon League play each of the last two seasons, garnering back-to-back regular season and league tournament championships.

Valpo reached the NCAA Tournament for the second consecutive year in 2017, earning a No. 3 seed in the four-team pod played at Stanford. The Crusaders fell 4-0 to No. 17 Michigan in the first round of the tournament. Valpo’s No. 1 doubles team of Jeffrey Schorsch and Charlie Emhardt finished the season ranked 21st nationally after reaching the Elite Eight of the NCAA Doubles Tournament and becoming NCAA/ITA All-Americans.

“This is an exciting change for our team,” Daugherty said. “The Summit League has a number of high-level programs that will provide us with quality competition. We look forward to meeting up with some old rivals and creating some new ones.”

Since Howard Hunte took over as Valparaiso head men’s swimming coach in 2008, the program’s record book has been almost entirely rewritten. Of the 19 men’s swimming program records, 18 have been set under Hunte’s watch.

The Summit League Swimming Championships are held at the IU Natatorium, one of the marquee swimming and diving venues in the world. The Natatorium, located in Indianapolis, has hosted countless nationally recognized events, including the U.S. Olympic Trials. IUPUI has called the Natatorium home since the program’s inception in 1998.

“We’re very excited about joining the Summit League for the coming season,” Hunte said. “It will be an amazing opportunity for our student-athletes to compete at the Natatorium. Competition-wise, it’s going to be great for us. We’re familiar with teams like Eastern Illinois and Western Illinois from competing against them in dual meets. The move to the Summit League is very positive for our program.”