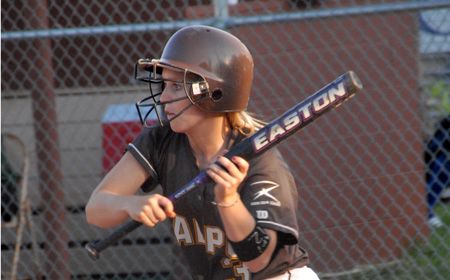 Valparaiso led Butler 3-0 heading into the bottom of the seventh in Horizon League action Wednesday in Indianapolis, but the Bulldogs scored four runs in their last at-bat to steal a 4-3 victory from the Crusaders.

The Crusaders used their running game to open the scoring in the third inning.  Katie Williams (Chicago, Ill./Lane Tech [Kishwaukee C.C.]) led off the frame with a single, and pinch-runner Jamie Weinburger (Eagle River, Alaska/Eagle River) proceeded to steal second.  A Karen Korb (Indianapolis, Ind./Lutheran) single put runners on the corners, and Valpo successfully pulled off the double steal to plate Weinburger with the game’s first run.  Korb’s theft was her 30th of the season, breaking her own single-season mark from last year.

Two batters later, Whitney Warner (Greenwood, Ind./Center Grove) came up with runners on the corners and two outs and delivered, knocking a first-pitch single through the left side of the infield to score Korb.  The Crusaders had an opportunity to add to their lead, but the Bulldogs induced a fielder’s choice with the bases loaded to end the inning.

Valpo added an insurance run to its tally in the top of the fifth inning.  With one out, Sara Strickland (Phoenix, Ariz./Horizon) lined a double into right-center field.  Three batters later, Ashley Wolter (Denver, Iowa/Denver) stepped up with a bloop single to shallow right-center, scoring Strickland.  The Crusaders again had the bases loaded with the chance to add more runs, but a popup kept the Valpo advantage at three runs.

Crusader hurler Sam McGee (Bloomington, Minn./Jefferson) cruised through the first six innings, giving up just a bunt single.  The bottom of the seventh started innocuously enough as well, as Alex Boros led off with an infield bloop single.  McGee then hit the next batter before getting a pop-up for the inning’s first out.

Alyssa Coleman delivered the Bulldogs’ first hard hit of the game, doubling down the left-field line to score Boros and put the tying runs in scoring position.  Lauren McNulty drove in another run with a sacrifice fly, bringing Butler to within 3-2 with the tying run on second and two outs.  A single and walk loaded the bases before Erin Jackson delivered the crucial hit, dropping a single into shallow center field for the walk-off victory.

McGee took the loss for the Crusaders, falling to 9-4 after giving up five hits and four runs in her 6.2 innings of work while striking out six Bulldog batters.  Kristen Malinkey earned the victory out of the bullpen for Butler (20-24, 9-9 Horizon), pitching 2.2 shutout innings.

Valparaiso (23-18, 8-7 Horizon) concludes its three-game series at Butler tomorrow with a doubleheader beginning at 1 p.m. CDT.  Both games will have live stats available at www.valpoathletics.com.