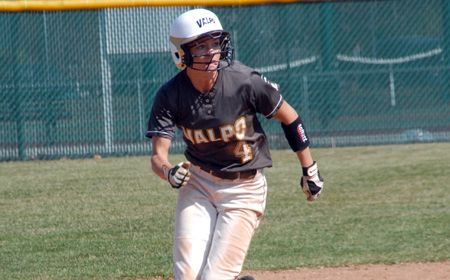 Valparaiso senior outfielder Karen Korb (Indianapolis, Ind./Lutheran) earned one last accolade for her stellar career both on the field and in the classroom on Wednesday, as she was selected as an ESPN the Magazine Third Team Academic All-American as voted upon by the College Sports Information Directors of America (CoSIDA).

In the classroom, Korb maintained a 3.94 GPA as a double major in finance and marketing as of the end of the fall 2008 semester.  Last month, she was named the recipient of Valpo’s Laurel Award, presented to the Crusader senior student-athlete with the highest cumulative GPA.  A four-time Horizon League Scholar-Athlete of the Week honoree and a three-time NFCA Scholar-Athlete, Korb earned Valpo Presidential academic honors each of her three seasons of eligibility and was a member of the Horizon League Academic Honor Roll each of Valpo’s first three semesters in the league.