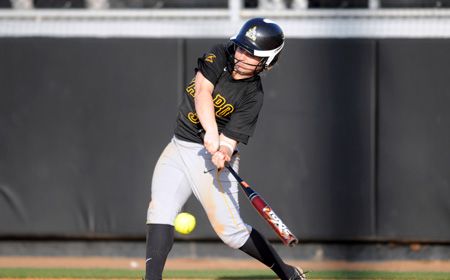 Strickland earns her second All-Region accolade after yet another season in which she again ranked among the Horizon League’s best players.  The junior, who earned a spot on the HL First Team All-League for the third consecutive year, paced the league in hits (68), doubles (16) and total bases (96), all three marks ranking second in their respective categories in Crusader history.  Strickland hit at a .378 clip on the year, good for second in the league and fourth in a single-season all-time at Valpo, and also finished second in the league in on-base percentage (.441).  She scored 37 runs on the year while also driving in a career-best 30 runs, both marks also ranking among the Horizon League’s top-10 and among the top-ten performances in Crusader program history.

With still one season to go in her career, Strickland has already cemented herself atop the Valparaiso career charts in a number of categories.  This season, the junior surpassed school records for runs scored (126), hits (192), doubles (44) and total bases (281).  Strickland will enter her final year as the program’s leader in both career batting average (.381) and on-base percentage (.462), and ranks second as well in slugging percentage (.558).  In addition, she ranks second in Crusader history in walks (69) and stolen bases (67) and eighth in RBIs (73) and home runs (11).

Strickland was one of just three Horizon League athletes honored Wednesday by the NFCA, joined by Butler’s Jenny Esparza and Cleveland State’s Tess Sito.  Strickland, along with all of the All-Region honorees, is now eligible for NFCA Division I All-American honors, which will be announced on June 1.