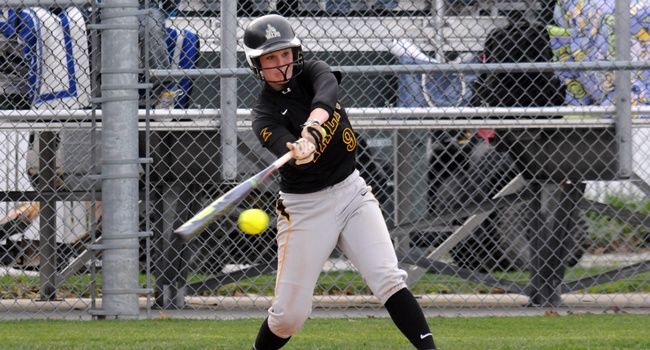 Valparaiso’s attempt to sweep a three-game series from Butler was thwarted in the series finale on Thursday afternoon at the Valparaiso University Softball Field, as the Bulldogs scored three times over the fifth and sixth innings to send the Crusaders to a 5-4 defeat.

For the first time in the series, Valpo found itself trailing after Butler scored a pair of runs in the top of the first inning.  The Bulldogs’ first tally came following a double steal, as the throw down to third got down the left-field line, allowing Kristen Boros to score the game’s first run.  Later in the frame, Meaghan Sullivan would score on a sacrifice fly to put the Crusaders down 2-0.  Valpo got its first two batters of the game on base, but a trio of strikeouts left the pair stranded.

The Crusaders would claim the lead just one inning later, however.  Senior Joylyn Ichiyama-Drewry (Torrance, Calif./Redondo Union) led off the inning by rapping a hard-hit grounder just inside the third-base bag for a double and scored on an RBI single back through the middle of senior Kelsey Phalen (Batavia, Ill./Batavia).  Later in the frame, with the bases loaded and one out, sophomore Angie Doerffler (Fort Wayne, Ind./Concordia Lutheran) knocked a grounder of her own just fair down the left-field line to score both Phalen and sophomore Amanda Wisniewski (Lake in the Hills, Ill./Huntley) to make it 3-2 Valpo.

Valpo added an insurance run to its lead in the bottom of the third, as senior Jordan Rutkowski (Alden, N.Y./Alden) led off the inning with her 13th home run of the season, sending a solo shot to straight-away center field against the prevailing wind to make it 4-2.  But the Bulldogs got an RBI double from Boros and an RBI single from Lauren McNulty in the fifth to tie the game at four.

Butler then claimed the lead with the game’s final run in the top of the sixth.  Megan Gray led off the inning with a first-pitch single, and after advancing 60 feet on outs by each of the next two batters, scored on a bloop single into shallow center field by Alyssa Coleman.  The Crusaders put the tying run on base in the bottom of the seventh with a leadoff single by Doerffler, but they were unable to move her into scoring position.

Senior Sam McGee (Bloomington, Minn./Jefferson) took the loss for the Crusaders in relief, falling to 12-4 on the season after giving up the game’s final run in her 2.1 innings of work.  Leah Bry earned the win in relief for Butler (21-29, 11-10 Horizon), throwing 5.2 innings and striking out seven to improve to 9-17.  Doerffler picked up two of Valpo’s seven hits on the day, while senior Sara Strickland (Scottsdale, Ariz./Horizon) reached base in three of her four plate appearances and stole two bases.

Valparaiso (32-13, 15-3 Horizon) still has an opportunity to claim the league regular season title this weekend as it hosts a key three-game set against second-place Loyola.  The series starts with a doubleheader on Saturday at the Valparaiso University Softball Field, with first pitch slated for 1 p.m.  All the action can be heard live on WVUR, 95.1 FM, Valparaiso and online at www.valpoathletics.com, which will also have links for live stats.