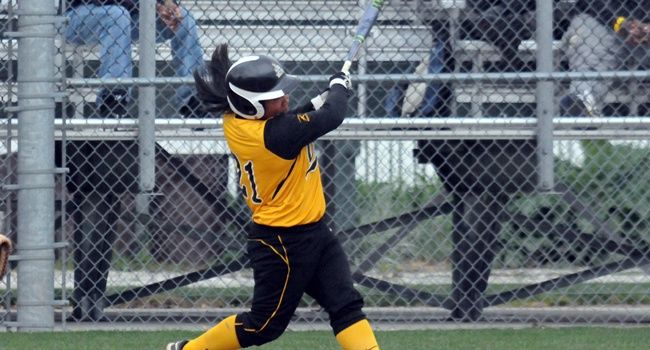 Next Up in Crusader Softball: The Valparaiso softball team commences its 2013 spring break trip this weekend as the Crusaders travel to Charleston, S.C. to take part in the Buccaneer Invitational. Valpo will play a single game apiece against UNC Wilmington and #7/9 Tennessee, as well as two contests against host Charleston Southern.

Previously: Valpo struggled to find wins at the Hilltopper Classic, hosted by Western Kentucky, finishing the tournament with a 1-4 mark. The Crusaders’ lone win came in extra innings over Dayton. All four of Valpo’s losses at the tournament were decided by three runs or fewer, including a pair of one-run losses.

Following the Crusaders: Live stats for each of this weekend’s four games will be available through ValpoAthletics.com.

Series Notes: The Crusaders have only played four games total in program history against the three teams they will face this weekend. Valpo has never faced Tennessee on the softball field, and has taken on Charleston Southern just once, a 4-1 win in DeLand, Fla. on Feb. 25, 2011. The Crusaders are 1-2 all-time against UNC Wilmington, but haven’t faced the Seahawks since 1996.

Who’s in the Circle?: The Crusaders graduated three of their four pitchers from the 2012 squad, returning only fifth-year senior Amanda Bolton, who entered 2013 with just 29 career innings pitched. Three of the eight newcomers are pitchers, giving Valpo a four-player pitching staff in 2013. All four pitchers have tossed at least five innings through the first two weekends of play, with no hurler throwing more than 18.1 innings thus far.

All-Tournament Team: Three Crusaders represented the Valpo softball team on the All-Tournament Team at the Hilltopper Classic. Sophomore Brittany Duncan and freshmen Janelle Bouchard and Kaitlyn Ranieri earned All-Tournament accolades as the trio all batted better than .400 for the tournament.

Facing a Ranked Squad: Valpo’s matchup with Tennessee on Saturday will mark the fourth straight year the Crusaders have played at least one game against a nationally-ranked foe. The last time Valpo played a top-10 team was in its NCAA Tournament opener last season at #9/7 Louisville, a game the Crusaders led with two outs in the seventh before a three-run walk-off homer. The Crusaders’ last win over a ranked team came in 2008, a 7-5 victory over then-#23 Maryland.

Duncan Back in the Swing: The reigning Horizon League Newcomer of the Year, sophomore Brittany Duncan has shown she’s just as potent a threat offensively so far in 2013 as well. Through two weekends of play, Duncan leads the Crusaders with a .435 batting average, going 10-of-23 at the plate with two doubles, five runs scored and four RBIs, including a four-hit effort against Dayton. The sophomore also has drawn a team-high six walks against just one strikeout, good for an on-base percentage of .567.

Bouchard Starting Out Strong: Freshman catcher Janelle Bouchard had a big game in her Crusader debut, hitting a grand slam in an five-RBI effort against Jackson State, but has proved to be solid both offensively and defensively through two weekends. Bouchard is 9-of-23 at the plate with three doubles in addition to her grand slam, good for a team-best slugging percentage of .652. Defensively, she has not committed an error yet and has thrown out five of eight runners attempting to steal.

Bolton Steps In: Fifth-year senior Amanda Bolton entered the season with just 29 career innings pitched, but has been strong in the circle so far for Valpo. Last weekend, Bolton made two starts and surrendered just three runs in 10.1 innings of work against South Dakota State and Western Michigan in a pair of no-decisions. Bolton currently owns the team’s best ERA at 2.42.