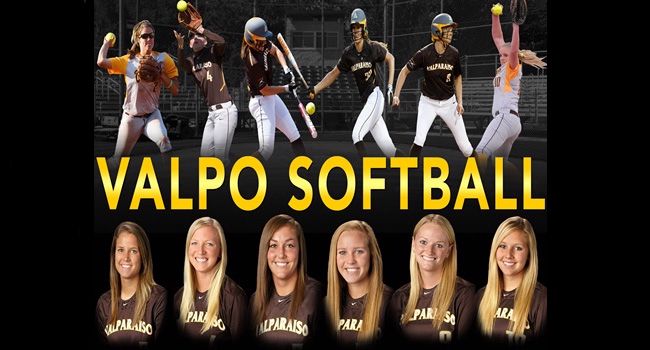 Next Up in Crusader Softball: The Valparaiso softball team closes out its 19-day, 14-game homestand on Easter weekend as the Crusaders welcome Horizon League newcomer Oakland to town for a three-game series. Valpo will celebrate Senior Day on Saturday in between games, honoring the six members of this year’s senior class.

Following the Crusaders: The Horizon League Network will have live video coverage of all three of this weekend’s games, the final of three home league series being carried on HLN. Links for the live video, as well as live stats, will be available at ValpoAthletics.com.

Head Coach Jordan Stevens: In his fourth season at the helm of the Valparaiso softball program, Jordan Stevens has led the Crusaders to new heights through his first three years, as Valpo has captured the Horizon League Championship each of the last two seasons and earned the program’s first-ever NCAA Tournament win last year. Stevens enters this weekend with a 126-91-1 record at the helm of the Crusaders.

Series Notes: Valpo and Oakland enter this weekend even in the all-time series, with both teams having won 13 of the 26 meetings. But the two squads have not met since the Crusaders departed the Mid-Con, with Valpo winning the last series between the teams. In the Crusaders’ final series as a Mid-Con member in May of 2007, Oakland won the opener in nine innings, 2-1, before Valpo claimed 8-2 and 5-0 wins.

A Challenging Schedule: The Crusaders’ 2014 schedule has prepared the team well for Horizon League play, featuring at least ten games against NCAA Tournament teams from a season ago. Valpo has already taken on three teams ranked nationally as well. The Crusaders lost a narrow-one run game to #20/20 Louisiana early in the season, and faced #10/9 Arizona in the first weekend of their spring break trip. Valpo took on #2/4 Oregon out in Hawaii, and a matchup against #22/21 Notre Dame awaits later this spring.

Home Field Advantage: Valpo has started off the home slate strong, going 8-3 over its first 11 home games. The Crusaders have been above the .500 mark at home in each of the last five seasons and are now 56-19-1 (.743) at the Valparaiso University Softball Field since the start of the 2010 saeson. Valpo has also been remarkably consistent during league play at home in that stretch, winning at least eight home games in each of the last four seasons and posting a 39-11 (.780) record in home league games since 2010.

Look at League Play: The Crusaders find themselves atop the Horizon League standings following their 2-1 performance last weekend against CSU. Valpo split the first two weekends against two of the upper division picks in the preseason poll (UIC - 2nd; YSU - 4th) - both on the road - and are 5-1 in the two home series to date. In fact, Valpo’s league slate this year has the Crusaders going on the road to play the teams picked 2nd, 3rd, 4th and 6th in the preseason poll, while Valpo hosts the squads picked 5th and tied for 7th.

The Senior Class: Valpo will honor six members of its senior class during Senior Day ceremonies on Saturday. The group - Angie Doerffler, Amanda Korb, Jessie Marinec, Ashlyn Michalak, Kimberlin Wallace and Amanda Wisniewski - include two players who have been Crusaders for two years, three four-year players and one fifth-year senior. Michalak and Wallace both helped Valpo return to the NCAA Tournament last season, while Doerffler, Korb, Marinec and Wisniewski were all key contributors to both of the Crusaders’ Horizon League title runs.

Player of the Week: Sophomore Kaitlyn Ranieri finally earned her first career Player of the Week award from the Horizon League office after maintaining her torrid start to league play this year. Ranieri went 11-of-20 at the plate last week, including a 7-of-12 performance in the three-game set against CSU, capped by a walk-off double in extra innings in the series finale. She posted multi-hit games in all three games against the Vikings, giving her eight multi-hit contests in 10 league games to date, and leads all HL players within league-only play in a number of categories, including batting avg. (.606), RBIs (15) and slugging pct. (1.121).

Enjoying the Home Field: The Valpo offense has come alive since returning home, scoring 70 runs over the last 10 games and hitting at a .317 clip in the friendly confines. Leading the way offensively at home so far has been Ranieri, who is batting .475 (19-of-40) at home with nine runs scored and 13 RBIs. Fellow sophomore Janelle Bouchard is 13-of-30 at the plate with six walks, good for a .541 on-base percentage, and eight RBIs, while freshman Taylor Lawson is hitting .406 (13-of-32) with 12 runs scored.

Batting Averages Skyrocket: With the strong performance at home from the aforementioned trio, their overall batting averages this season have skyrocketed since the start of the month. Bouchard entered home play with a .235 average on the year, but has bumped that up 52 points to .287 entering this weekend. Lawson was hitting .221 at the end of March and is now up to hitting at a .271 clip, a 50-point increase. Meanwhile, Ranieri actually dipped to .283 through the first three home games, but has lifted her average an incredible 81 points in just the last eight games, as she is now hitting a team-best .364.