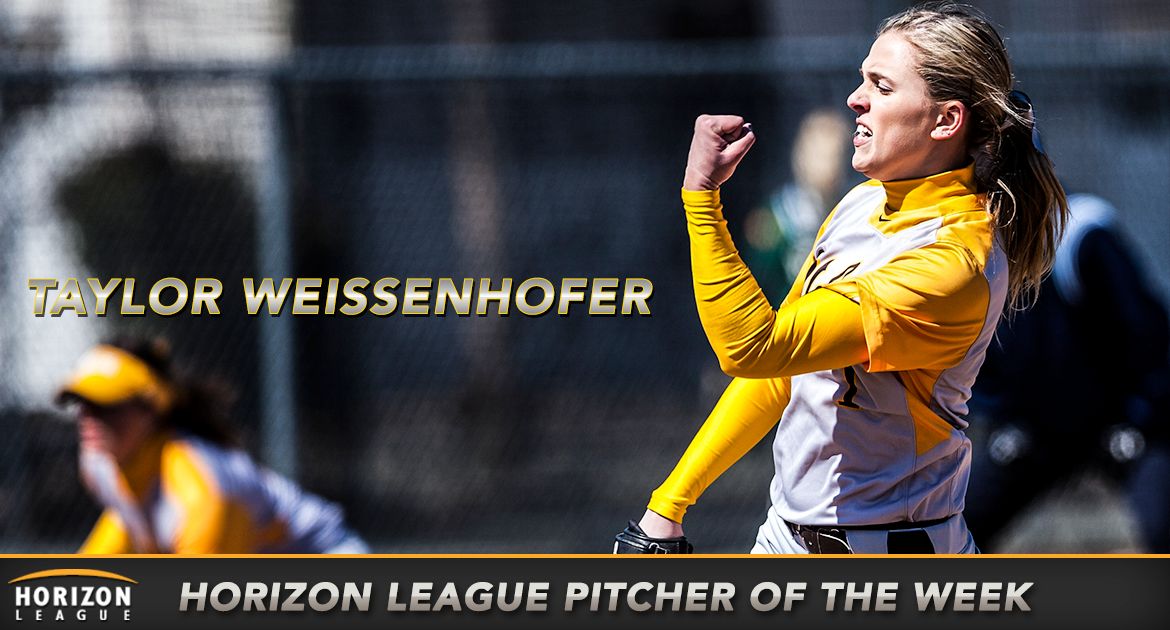 Valparaiso University senior pitcher Taylor Weissenhofer (Orland Park, Ill./Lockport Township) has been named the Horizon League Pitcher of the Week after a solid weekend in the circle for the Crusaders last weekend. The award is the third weekly honor of Weissenhofer’s career.

Weissenhofer opened the weekend at the Rebel Classic by picking up the win in the Crusaders’ first-ever win over DePaul, going 5.1 innings in the start and scattering eight hits while giving up just one run. The senior tossed an inning of perfect relief against Utah State as well later that day.

Weissenhofer’s best performance of the weekend, and one of the top games of her career, came in her start Sunday afternoon versus Santa Clara. She tossed her second career one-hitter and matched the second-best strikeout total of her career, setting down 12 Broncos hitters on strikes in a 10-0 Valpo win. Later Sunday, Weissenhofer started against host UNLV and held the Rebels to just two runs in her five innings of work, giving up just three hits while striking out four.

Weissenhofer and the rest of the Crusaders have this week off from competition before returning to action next Tuesday, March 22, at Central Michigan.