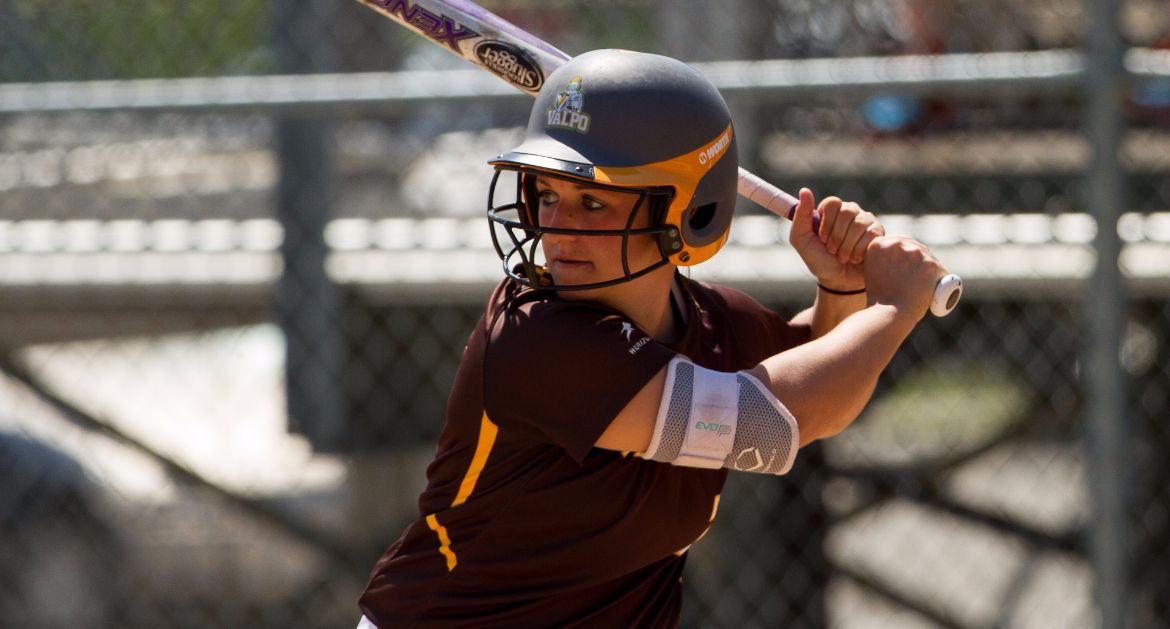 Kaitlyn Ranieri picked up a base hit against the Penguins Sunday.
Valparaiso at Youngstown State | March 27, 2016

The Valparaiso University softball team fell in the series finale of its league-opening series Sunday afternoon at Youngstown State, dropping a 3-0 decision to the Penguins.

Valpo put two runners on in the top of the first courtesy of a walk by Taylor Nadler (New Haven, Mo./St. Francis Borgia) and a single from Kaitlyn Ranieri (Schererville, Ind./Lake Central), but could not score in its first turn at the plate. YSU scored all three of its runs in the bottom of the first, plating two on the fourth of four consecutive singles and adding a third on a sacrifice fly.

That would be all the scoring the Penguins would do, as senior Mollie Lindeman (Hebron, Ind./Hebron [PNC]) entered in relief and surrendered just two hits in five shutout innings of work. But the Crusaders were unable to cut into the deficit themselves. Valpo’s best opportunity came in the third inning, as Taylor Lawson (Tucson, Ariz./Sahuaro) reached on a leadoff error and moved over to third with one out, but a pop-up and a groundout stranded her 60 feet from home plate.

Nadler walked twice – the only Crusader to reach base multiple times – while Lindeman picked up a base hit in the seventh inning in addition to her stellar relief work in the circle. Paige Geanangel earned the complete-game two-hit victory for Youngstown State (13-11, 3-0 Horizon) to improve to 5-5.

Valparaiso (3-20, 0-3 Horizon) is slated to open the home slate at the Valparaiso University Softball Field this Tuesday with a non-league doubleheader versus Bowling Green at 2 p.m. Links for live audio and stats will be available via ValpoAthletics.com.