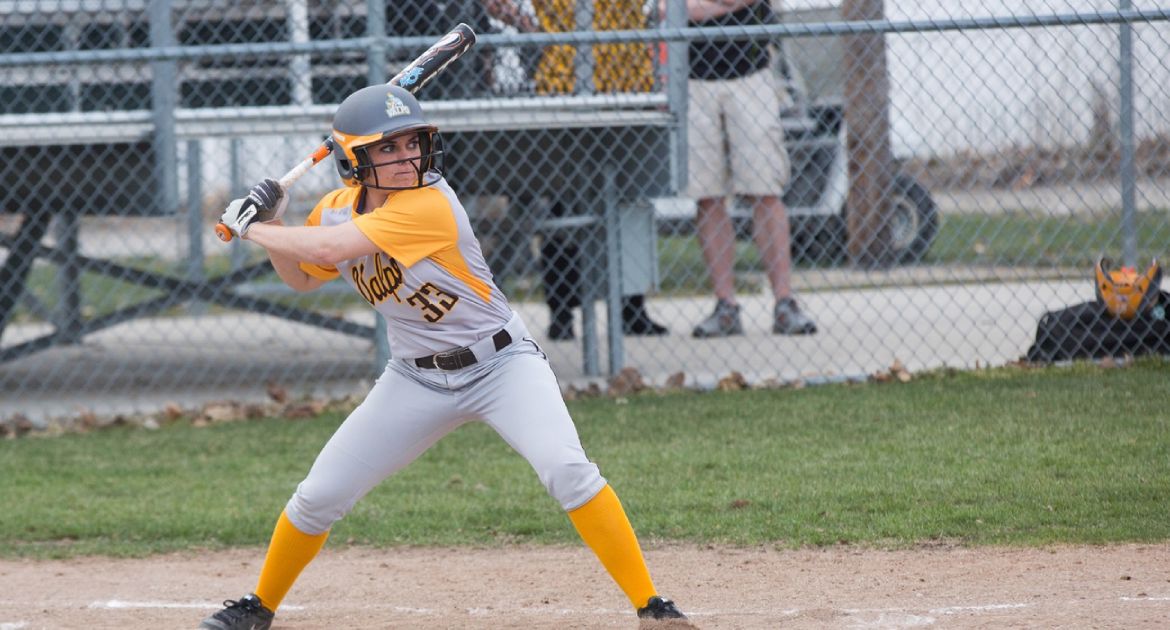 The Valparaiso University softball team made its return to campus for the first home games of the 2016 season a happy one Tuesday afternoon, as the Crusaders earned victories in both halves of a non-league doubleheader against Bowling Green, 4-3 and 6-0.

The Crusaders jumped out on top early in both games, starting with a 4-0 lead through three innings of the opener. A one-out single by sophomore Lanie Callaghan (Elburn, Ill./Kaneland) in the bottom of the second was followed two batters later by a run-scoring double from junior Jorgi Calombaris (Frankfort, Ill./Lincoln-Way East). Freshman Carly Trepanier (Manteno, Ill./Manteno) then traded places with Calombaris, delivering an RBI double of her own to make it 2-0 Valpo.

The Crusaders added another pair of runs to their lead in the third, doing so before anybody recorded an out. Sophomore Stephanie Moreno (Murrieta, Calif./Murrieta Valley) was hit by a pitch to lead off the frame and sophomore Taylor Nadler (New Haven, Mo./St. Francis Borgia) registered a single before an error loaded the bases. Junior Sam Stewart (Frankfort, Ill./Lincoln-Way East) wasted little time adding to Valpo’s lead, driving the first pitch to right for a two-run double to make it 4-0 Crusaders.

The four runs would stand up for the Crusaders, despite Bowling Green attempting to rally. The Falcons got a solo homer to lead off the fourth, and then plated a pair of runs with just one out in the sixth. But with runners on the corners and two outs, senior Mollie Lindeman (Hebron, Ind./Hebron [PNC]) induced a foul pop-out to maintain the one-run lead and then faced the minimum in the seventh to close out the victory.

Calombaris tallied a pair of hits in the opener to lead the Crusaders, while both Callaghan and Nadler drew walks in addition to picking up their respective base knocks. Lindeman went the distance in the circle to earn her first victory of the season, while Braiden Dillow started and took the loss for Bowling Green, falling to 2-4.

The nightcap was highlighted by a dominant pitching performance from senior Taylor Weissenhofer (Orland Park, Ill./Lockport Township). Weissenhofer earned her second shutout of the season, improving to 3-6 as she went the distance, surrendered just three singles and struck out eight BGSU batters.

Meanwhile, the offense did all it needed to do in the opening inning. The Crusaders loaded the bases immediately on an error, a single and a hit batter, and senior Kaitlyn Ranieri (Schererville, Ind./Lake Central) drove a two-run double to left to quickly make it 2-0. Stewart drove in another run with a groundout, followed by a Callaghan infield single to push across the fourth run. Two batters later, a wild pitch allowed Callaghan to scamper home as Valpo led 5-0 through one frame. The Crusaders added their final run on a Falcon error in the third inning.

Sophomore Jasmine Ramirez (Litchfield Park, Ariz./Millennium) went 2-for-2 at the plate – the only Crusader to post a multi-hit effort as part of the eight-hit attack. Moreno, Ranieri and Taylor Lawson (Tucson, Ariz./Sahuaro) all reached base twice as well. Briana Combs started in the circle for Bowling Green (12-21), falling to 2-7 as she surrendered all six Valpo runs in four innings of work.

Valparaiso (5-20) looks to ride the momentum from Tuesday’s sweep into its Horizon League home opener Friday as the Crusaders welcome league newcomer Northern Kentucky to town for the first time. The game is slated for 3 p.m. first pitch and can be seen live on ESPN3 – links for live stats, audio and video will be available via ValpoAthletics.com.