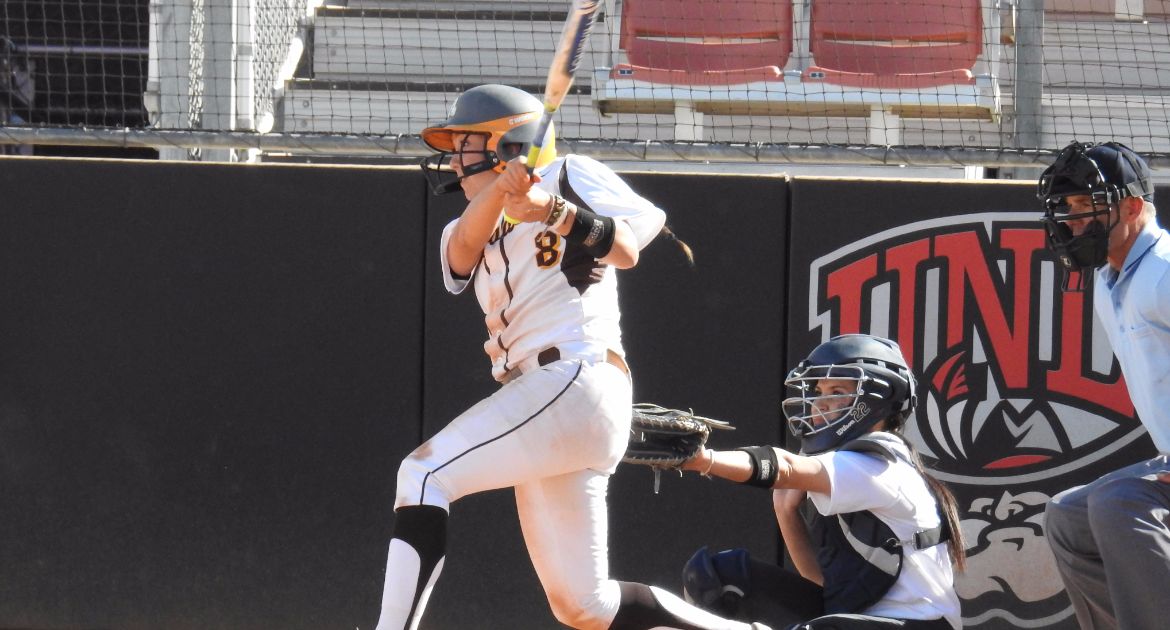 The Valparaiso University softball team evened up Wednesday’s Horizon League series finale at UIC with a pair of runs in the top of the fourth, but the Flames scored three unanswered runs as the Crusaders dropped a 5-2 decision.

The Crusaders looked to jump on top of the Flames early on Wednesday, as junior Taylor Lawson (Tucson, Ariz./Sahuaro) led off the game with a line-drive single into left. Valpo loaded the bases later in the frame with two outs on a hit batter and a walk, but a groundout kept the Crusaders from taking the quick advantage.

The game would remain scoreless into the bottom of the third, when UIC would push the first two runs across the plate on an RBI single and a sacrifice fly. Valpo responded instantly with a two-out rally in the fourth, starting off with freshman Carly Trepanier (Manteno, Ill./Manteno) lining a single back through the middle.

Following a wild pitch, junior Jorgi Calombaris (Frankfort, Ill./Lincoln-Way East) went up the middle with a base knock of her own and moved up to second on the throw home, putting a pair in scoring position. UIC went to the bullpen to bring in ace Elaine Heflin, but sophomore Stephanie Moreno (Murrieta, Calif./Murrieta Valley) greeted her rudely, lining an 0-2 pitch through the infield into right-center to plate both Trepanier and Calombaris, tying the game at 2-2.

Valpo had an opportunity to potentially pull ahead in the top of the fifth, putting a pair on base with one out thanks to a single and a walk, but both runners were stranded. UIC then claimed the lead in its half of the fifth, scoring two runs with the benefit of just one infield hit, and added an insurance tally in the bottom of the sixth.

Valparaiso (8-24, 3-7 Horizon) returns home for its next three Horizon League series, starting this weekend as the Crusaders host Cleveland State. The series opens up Friday afternoon with a single game at 3 p.m., which will be broadcast live on ESPN3. Links for the live video and live stats will be available via ValpoAthletics.com.