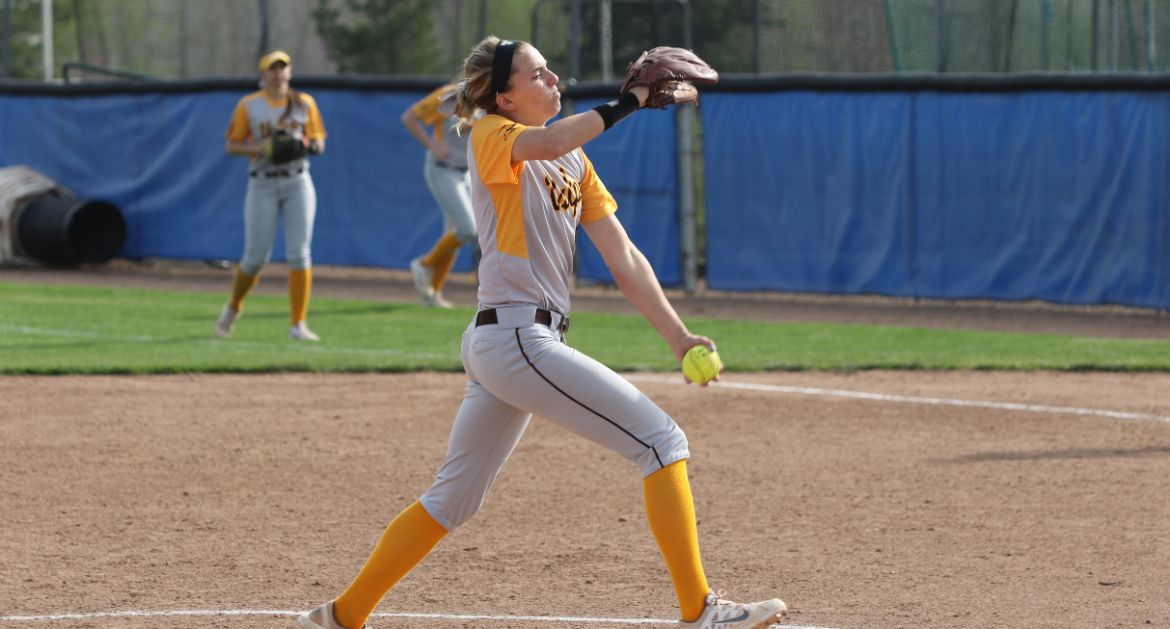 Behind the third one-hitter of the season in the circle from senior Taylor Weissenhofer (Orland Park, Ill./Lockport Township), the Valparaiso University softball team claimed a 6-0 victory Tuesday afternoon in non-league action at IPFW.

Weissenhofer struck out the first six batters she faced on Tuesday to set the tone immediately. The senior set down the first 14 batters in order before issuing a full-count walk with two outs in the fifth inning. She carried a no-hitter into the sixth inning for the third straight start, this time making it through the sixth unscathed before Emily Olszewski lined a double to the left-center gap to lead off the seventh and spoil the no-hit bid.

Offensively, Valpo got all it would need in the top of the second inning. Junior Jorgi Calombaris (Frankfort, Ill./Lincoln-Way East) and senior Mackenzie Buchelt (Lisle, Ill./Lisle) drew back-to-back walks to lead off the inning. Sophomore Stephanie Moreno (Murrieta, Calif./Murrieta Valley) looked to lay down a sacrifice bunt, but her effort found its way through the left side of the Mastodon infield for a bunt single – one which allowed Calombaris to score all the way from second to put the Crusaders on the board.

Following a sacrifice bunt, an infield single by freshman Carly Trepanier (Manteno, Ill./Manteno) plated Buchelt to make it a 2-0 lead. Later in the frame, sophomore Lanie Callaghan (Elburn, Ill./Kaneland) dropped a single into shallow center to score Moreno, and senior Kaitlyn Ranieri (Schererville, Ind./Lake Central) followed with a sacrifice fly down the left-field line in foul territory to push the lead to 4-0.

The Crusaders added their final two runs in the third inning. Leading off for the second consecutive inning, Calombaris reached on an IPFW error. Two batters later, Moreno stepped up and wasted no time, swinging at the first pitch she faced and easily driving it over the right-field fence for her fourth home run of the season, making it a 6-0 Crusader lead.

Weissenhofer surrendered just the one hit to lead off the seventh – her third one-hitter of the year – and walked just two batters while striking out 10 Mastodon hitters – her second 10+ strikeout effort this season. For IPFW (11-34), Sarah Lazarowich took the loss, falling to 5-17 as she pitched the first four innings and gave up all six Valpo runs. Moreno and Trepanier each had two hits and drew a walk, while Moreno scored two runs and drove in three. Senior Taylor Lawson (Tucson, Ariz./Sahuaro) reached base three times as well with a single and two walks.

Valparaiso (11-29) returns to Horizon League play with a key three-game league series at home this weekend against Oakland. The series is slated for a single game Friday at 3 p.m. and a doubleheader Saturday at 1 p.m., with Saturday’s twinbill serving as Senior Day. All three games are scheduled to be broadcast on ESPN3, with links for live video and stats available via ValpoAthletics.com.