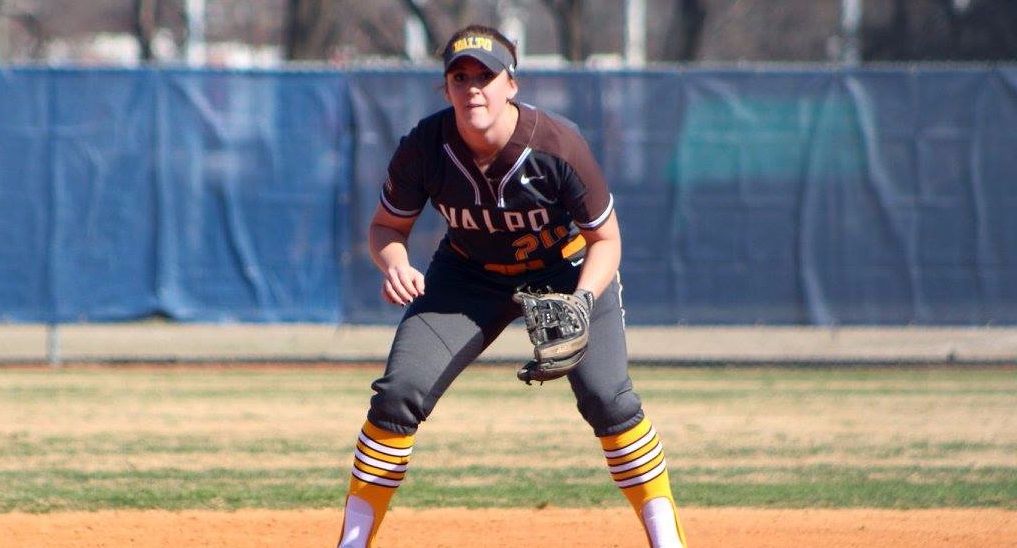 The Valparaiso University softball team is 5-0 for the first time in program history as the Crusaders opened the Purple/Gold Challenge in Nashville, Tenn. on Friday with a 4-1 victory over Stony Brook. Senior Sam Stewart (Frankfort, Ill./Lincoln-Way East) continued her hot start to the season at the plate, while sophomore Jaymee Lawton (Goodyear, Ariz./Desert Edge [Utah Valley]) tied a program single-game record in the field.

The Crusaders (5-0) look to extend their unbeaten start with a pair of games on Saturday. Valpo will face host Lipscomb at 12:30 p.m. before taking on Eastern Illinois at 5:30 p.m. Live stats for both games will be available via ValpoAthletics.com.