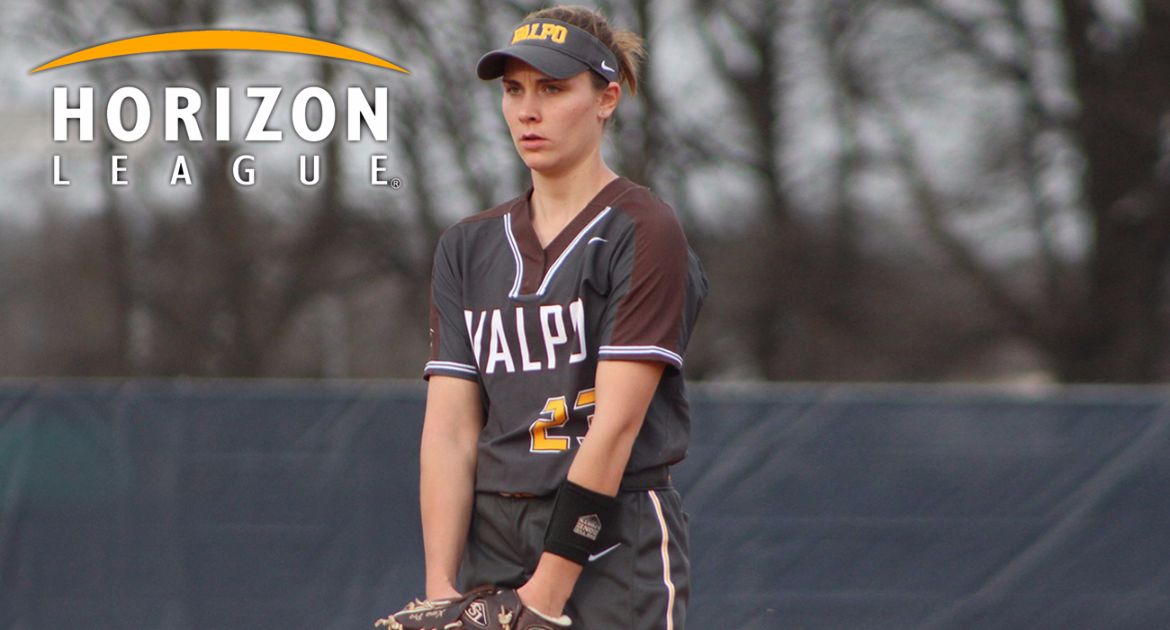 Valparaiso University junior pitcher Kenzie Grossmann (Perry, Mo./Mark Twain [Morehead State]) has been named the Horizon League Pitcher of the Week after a pair of strong performances helped lead the Crusaders to two wins to close out the Hawkeye Invitational.

After the Crusaders dropped their first two games of the tournament, Grossmann came out of the bullpen against South Dakota and was stellar, surrendering just one hit in 2.2 innings of shutout work while striking out four. The junior held the Coyotes at bay as Valpo eventually rallied in the bottom of the seventh for the walk-off win. Grossmann followed with a complete-game five-hitter, striking out seven and allowing just one runner past second base, as the Crusaders closed out the weekend with a 3-1 win over South Dakota State.

For the week, Grossmann earned a pair of victories – giving her a league-best seven on the season – and struck out 11 batters in 12.1 innings of work. She becomes the fourth Crusader to earn weekly honors from the league office in as many weeks of action this year for Valpo.