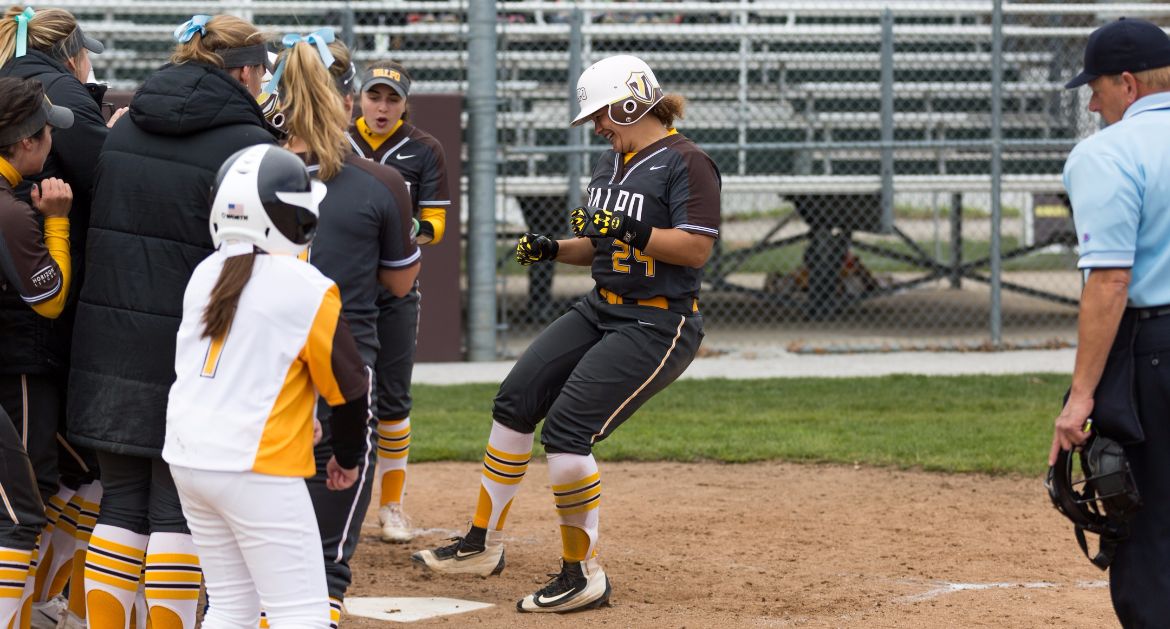 It was a wild ride Sunday for the Valparaiso University softball team, as the Crusaders jumped out to a quick lead on Youngstown State before surrendering the lead in the top of the sixth, only to reclaim the advantage in the bottom half of the inning and then receive clutch relief work from freshman Lindsay Zdroik (Elgin, Ill./St. Edward) to close out  a 6-5 victory which secured the series win over the Penguins.

“It was really a player-led effort in the huddle heading into the bottom of the sixth – players just reminding each other to have fun and be loose, and I think that’s what they did. You can recognize the potential pressure of that situation, but our players were able to re-frame it and view the at-bats as opportunities.”

“Tatum Christy (Youngstown State’s nine-hitter, due up with first and third and one out in the seventh) had obviously found success yesterday off of Ashlyn, and then was having a really good game today batting against Kenzie. (Pitching coach) Monica (Wright) said that if Christy came up, she wanted Lindsay out of the bullpen. Monica knows our pitching staff better than anybody else and really understands each pitcher’s strengths and weaknesses, and it was the right call in the right situation today.”

“Heads-up baserunning by Carly played a big part in the win. To be aware enough after picking up a key hit to take an open second base gave us two runners in scoring position, and then she got a great jump on Sam’s hit and did well to score on a ball that barely left the infield.”

“Kenzie did really well for us, working hard this weekend in throwing back-to-back games versus a pretty potent offense. Today was more of a battle, but I thought she did a really good job of bearing down and getting key outs in a couple tough situations to help us keep momentum.”

“I think any scouting report on us would include the fact that you can’t ever fall asleep against us – that we won’t give up until the final out. You can certainly win games with character, and I think that showed for us today.”

The Crusaders (17-9, 4-2 Horizon) remain at home after having their series against Green Bay moved from the Phoenix home field to the Valpo Softball Complex. The three-game league set will begin with a 1 p.m. doubleheader on Tuesday. Live coverage will be available via ValpoAthletics.com.