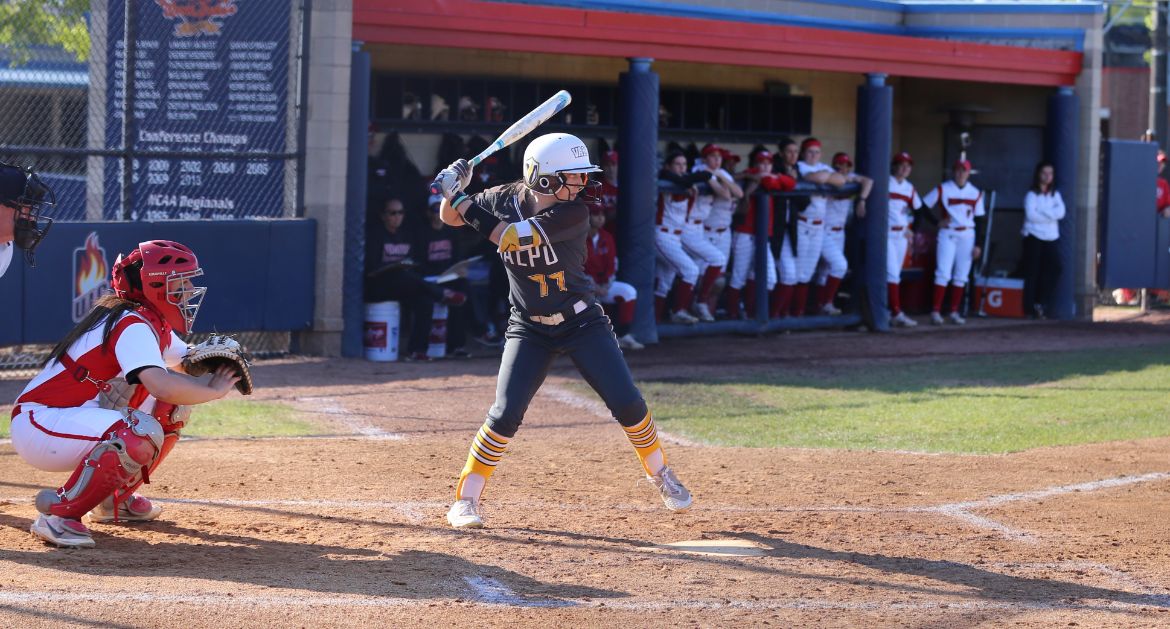 Gabby Magnifico just prior to hitting a home run for the second straight day. (Jamie Hall)
Valparaiso at Youngstown State | May 11, 2017

The road to defending the Horizon League crown got a bit more challenging for the Valparaiso University softball team on Thursday, as the third-seeded Crusaders were dealt a 9-2 defeat by second-seeded Youngstown State. Valpo now has to win twice on Friday to reach Championship Saturday.

The Crusaders (28-22) will have to win twice on Friday and twice on Saturday to claim the tournament title, a road which begins with a matchup against fifth-seeded Detroit Mercy on Friday afternoon at noon. The game can be seen live on ESPN3, WatchESPN and the ESPN app, with links for the live video and live stats available via ValpoAthletics.com.