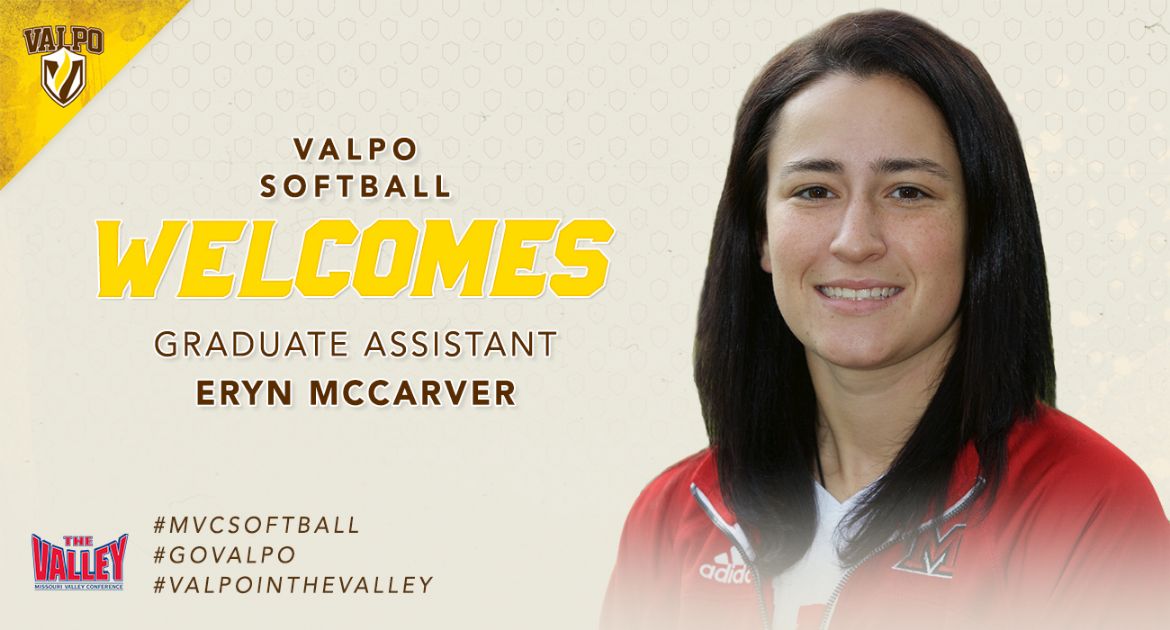 “Eryn brings a mentality to our program which fits in well with our core values,” said Stake. “I’ve been impressed with her understanding of ‘paying her dues’ in regards to climbing the coaching ladder. She is a hard worker who comes highly recommended by well-respected coaches, and she was a pleasure to be around on her visit to Valpo. I look forward to Eryn bringing her passion for coaching and for softball to our program and being a positive influence as we get rolling with Team 37.”

McCarver brings championship experience to the Valpo staff, both in the dugout and on the field. She spent the 2018 season in a volunteer capacity for the Cal State Fullerton softball program, helping the Titans as they captured the Big West championship and advanced to the Los Angeles regional championship game in the NCAA Tournament.

McCarver was a four-year letterwinner at Miami University, starting her final three seasons for the Redhawks at second base. She helped lead the Redhawks to 118 wins in her four years, including the MAC Tournament championship and a berth in the NCAA Tournament in 2016 as a junior.

“I am beyond excited for the opportunity that Coach Stake and the staff have given me, not only to pursue my passion for coaching, but to attend such a prestigious academic institution,” said McCarver. “I’m thankful that I get to learn from an amazing coaching staff and work with such a great softball program. The Crusader family is something special and I can’t wait to be on campus in the middle of it all!”

McCarver earned her bachelor’s degree from Miami University of Ohio in kinesiology in 2017.