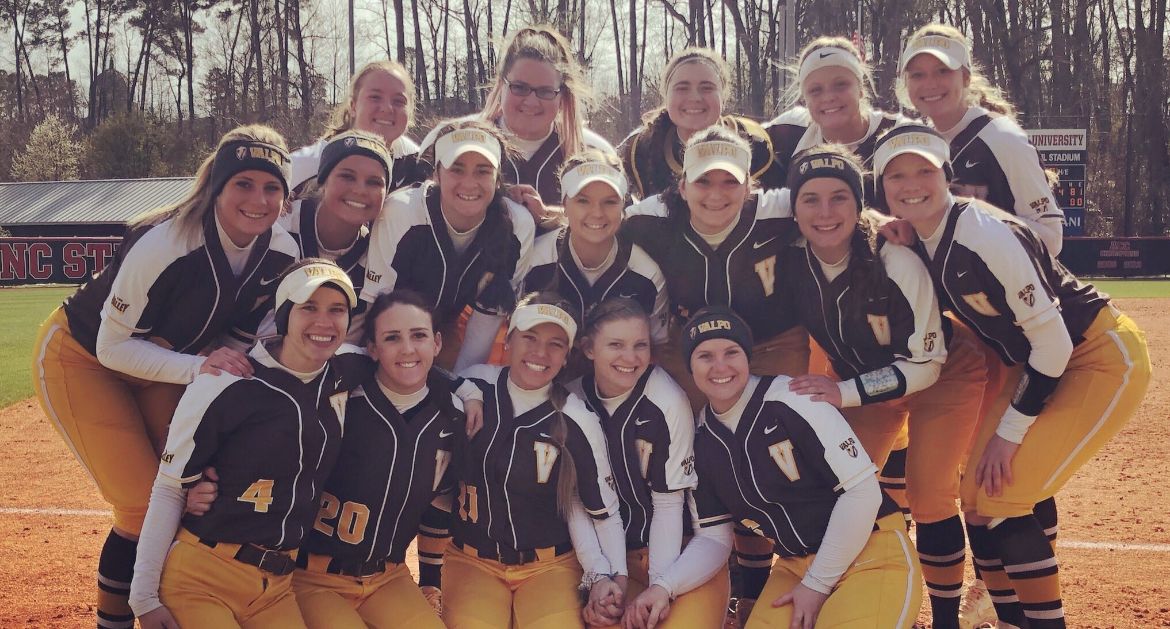 The Valparaiso University softball team closed its swing through the Tar Heel State on Tuesday afternoon with its most impressive win of the season, shutting out North Carolina State in Raleigh by a 4-0 final thanks to a four-run third inning. The win over the Wolfpack is the third victory in program history against an ACC team.

Valpo (6-8) returns to Northwest Indiana briefly before heading to Nashville, Tenn. this coming weekend for the Lady Bison Classic, hosted by Lipscomb. The Brown and Gold will play twice against both Lipscomb and Buffalo, with two games apiece on Saturday and Sunday.