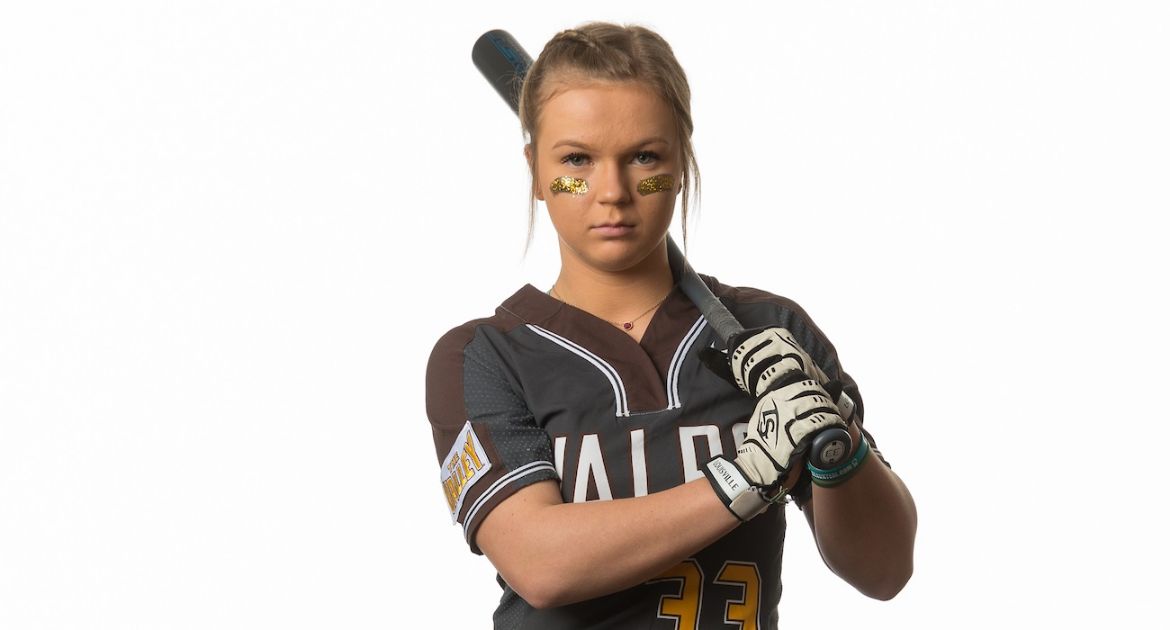 Next Up in Valpo Softball: Coming off a 4-1 record last weekend in North Carolina, the Valparaiso University softball team closes out its preconference slate this weekend with one final road trip, heading to Nashville for the Lady Bison Classic. Valpo is scheduled to face Buffalo and host Lipscomb twice apiece over Saturday and Sunday.

Previously: Valpo posted a 3-1 record at Charlotte’s Green and White Invitational, highlighted by a no-hitter tossed by Kelsie Packard against Wagner. Valpo then closed its time in the Tar Heel State with a 4-0 victory at NC State on Tuesday, just the program’s third win all-time against a current ACC team.

Looking Ahead: Valpo opens Missouri Valley Conference play next weekend on the road with a three-game series at Bradley.

Following Valpo Softball: All four games this weekend will have live stats available via ValpoAthletics.com. In addition, games against host Lipscomb are scheduled to be video streamed via the Lady Bison’s Facebook Live.

Head Coach Kate Stake: Kate Stake was hired as head coach of the Valparaiso softball program on July 23, 2014 and enters her fifth season as head coach in 2019. Stake, who is 95-124 at Valpo, led the Crusaders to the 2016 Horizon League Championship and a berth in the NCAA Tournament - the third in program history. Stake arrived at Valpo with eight seasons of assistant coaching experience at the Division I level, most recently serving as an assistant at mid-major power Hofstra. She played her collegiate softball at fellow MVC member Illinois State and is a 2005 graduate of ISU.

Series Notes: Valpo has just one meeting in program history with both of this weekend’s opponents. Valpo defeated Buffalo in March of 2009, 4-1, in Orlando, Fla., a game which featured the Crusaders stealing six bases. This year marks the second time in three years Valpo has played an early-season tournament at Lipscomb, with the previous matchup in 2017 resulting in a 7-0 win for the Lady Bisons.

Taking Down NC State: Valpo closed its time in North Carolina with a 4-0 win over NC State, shutting out an offense averaging better than five runs/game and leading the nation in home runs/game. The Crusaders earned their third win in program history over an ACC team with Tuesday’s victory, the last coming as the 2008 squad won at Maryland. It was also Valpo’s first shutout of a power conference team since blanking Georgetown, 8-0, in 2007.

A No-No For Pack: When junior Kelsie Packard threw the final five innings of Valpo’s shutout of NC State, it was her second memorable pitching achievement in a three-day span (or was it a five-day span?). Packard tossed Valpo’s 11th no-hitter in program history against Wagner at Charlotte, a game which started March 1 and went three innings before being suspended and eventually completed on March 3. The first no-hitter of her Valpo career, Packard tossed the program’s first no-hitter since Emily Richardson shut down North Carolina Central last season on February 18.

Soaring Against the Seahawks: While Packard was throwing her no-no against Wagner, Valpo held an 11-0 lead at the game’s suspension. So when the game resumed, Valpo utilized four consecutive pinch-hitters in its half of the fourth inning. All four picked up base hits, including the first career base hits for Maddie Henry - an RBI double - and Emily Richardson - a single. In all in the 13-0 win over Wagner, 11 players recorded hits - including six doubles - and 10 players scored runs. It marked Valpo’s largest shutout victory since a 17-0 win at Detroit on April 21, 2013.

Pounding Out Hits: Valpo’s offense wasn’t just working in that one win over Wagner, however. In going 4-1 over the weekend in North Carolina, Valpo averaged better than seven runs/game and hit .384 as a team. Four different players hit .400 or better over the course of the five games, led by senior Jaymee Lawton, who went 6-for-11 and posted team-high on-base (.615) and slugging (.818) percentages. Freshmen Taylor Herschbach and Peyton Moeder and senior Carly Trepanier tied for team-high honors over that stretch with five runs scored apiece, while sophomore Brittany Anderson drove in a team-best six runs in the Tar Heel State.

Holding Down Opponents: While the offense was delivering up and down the lineup in North Carolina, the pitching was just as key. Three of Valpo’s four wins over the weekend came via shutout, while in fact, the 5-2 win over College of Charleston marks the most runs Valpo has surrendered so far this year in a victory.

Record Book Watch: Lawton and Trepanier are making their marks on Valpo’s career record book as they continue their final season as Crusaders. Lawton went deep in the Charlotte tournament finale against Wagner, her 18th career home run - leaving her just one shy of eighth place in program history. Meanwhile, Trepanier is tied for 10th all-time at Valpo with 27 stolen bases, and with six hits over the five games in N.C., she now owns 171 career base knocks - ninth-most in program history, and just five away from moving into eighth position.