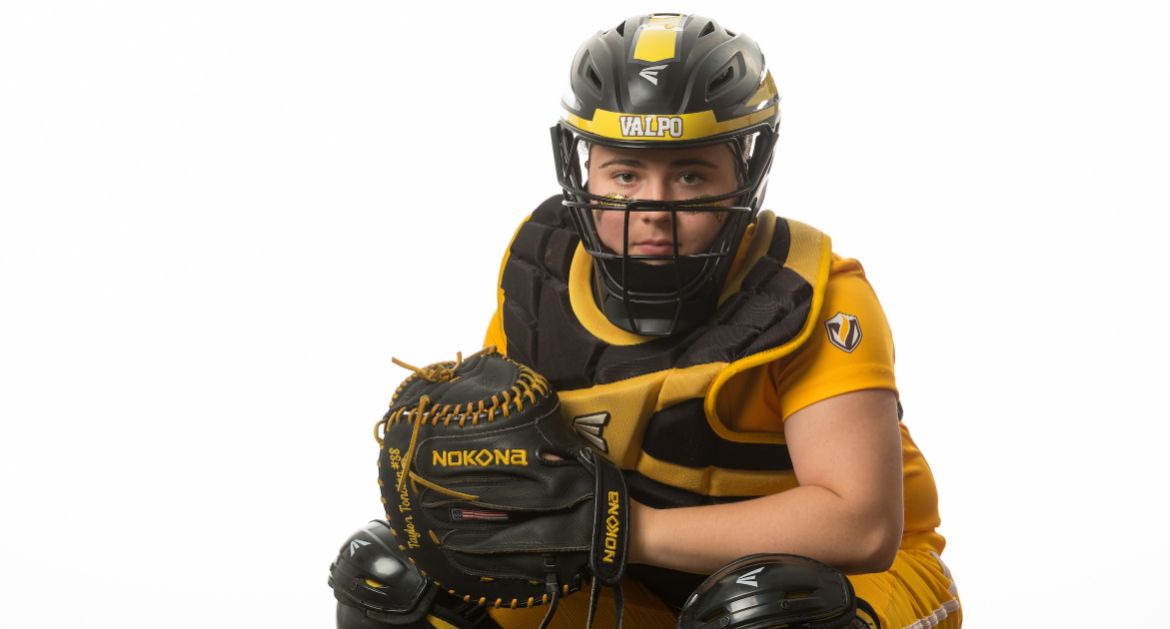 Next Up in Valpo Softball: Winners of seven of its last eight games, the Valparaiso University softball team opens up Missouri Valley Conference play this weekend on the road at Bradley. The three-game series pits two of The Valley’s hottest teams against each other, as the Braves have won six of their last seven games as well.

Previously: Valpo won both games it played last weekend at the Lady Bison Classic in Nashville, Tenn., defeating host Lipscomb, 2-1, in 10 innings and taking down Buffalo, 2-0. The weekend was originally scheduled for four games, but last Saturday’s action got washed out by rain.

Looking Ahead: Valpo opens its 17-game home slate next Wednesday, March 20, with a non-conference doubleheader against Central Michigan before traveling next weekend for an MVC series at Southern Illinois.

Head Coach Kate Stake: Kate Stake was hired as head coach of the Valparaiso softball program on July 23, 2014 and is in her fifth season as head coach in 2019. Stake, who is 97-124 at Valpo, led the Crusaders to the 2016 Horizon League Championship and a berth in the NCAA Tournament - the third in program history. Stake arrived at Valpo with eight seasons of assistant coaching experience at the Division I level, most recently serving as an assistant at mid-major power Hofstra. She played her collegiate softball at fellow MVC member Illinois State and is a 2005 graduate of ISU.

Series Notes: Valpo and Bradley have met eight times in program history, with each squad picking up four wins in the all-time series. In their first meetings as MVC opponents, it was Valpo which picked up the three-game sweep last season, winning by finals of 2-1, 4-1 and 1-0. Kelsie Packard earned two of the three wins in the circle in the series, surrendering just one run in 14 innings of work.

Scouting the Opposition: The Braves enter the MVC opening series at 11-10 overall and have won six of their last seven games, including four run-rule victories. Senior Gabby Stoner is hitting a team-high .415, leading the way as Bradley ranks third in The Valley with a .297 team batting average. The Braves have also hit a conference-best 33 home runs on the year - 16 more than any other MVC team - and junior Kealia Wysocki has connected for a MVC-best seven round trippers.

Starting Off Conference Play: The March 16 start to the MVC schedule is the earliest start to conference play in program history. Valpo will also be starting the conference slate on the road for the fourth consecutive season.

It Takes Two (or Fewer): It seems overly simplistic, but limiting opponents’ run production has been the key to Valpo’s wins this season. In all eight of its victories, Valpo’s opponent has scored two runs or fewer - including five shutouts. Meanwhile, Valpo has lost all eight games when it gives up three or more runs.

Taking Down NC State: Valpo closed its time in North Carolina with a 4-0 win over NC State, shutting out an offense which at that point was averaging better than five runs/game and leading the nation in home runs/game. The Crusaders earned their third win in program history over an ACC team with the win, the last coming as the 2008 squad won at Maryland. It was also Valpo’s first shutout of a power conference team since blanking Georgetown, 8-0, in 2007.

Pack Claims Award: Junior Kelsie Packard earned her second career Pitcher of the Week honor from the MVC this past Monday following a pair of standout performances last week. Packard tossed five shutout innings of relief in the NC State win, striking out six and giving up just three hits. Then, against Lipscomb, Packard pitched a career-high 10 innings and gave up just one run on four hits while striking out nine. The junior pitched three innings of international tiebreak softball without surrendering a run. For the week, Packard posted a 0.47 ERA in 15 innings of work while striking out 15 and allowing opponents to hit just .137 against her. She has now given up one run or fewer in six of her last seven appearances, including five starts, and is 5-0 with a save over that stretch and has seen her ERA drop from 4.48 to 2.29.

A No-No For Pack: When junior Kelsie Packard threw the final five innings of the NC State win, it was her second memorable pitching achievement in a three-day span. Packard tossed Valpo’s 11th no-hitter in program history against Wagner at Charlotte, a game which started March 1 and went three innings before being suspended and eventually completed on March 3. The first no-hitter of her Valpo career, Packard tossed the program’s first no-hitter since Emily Richardson shut down North Carolina Central last season on February 18.