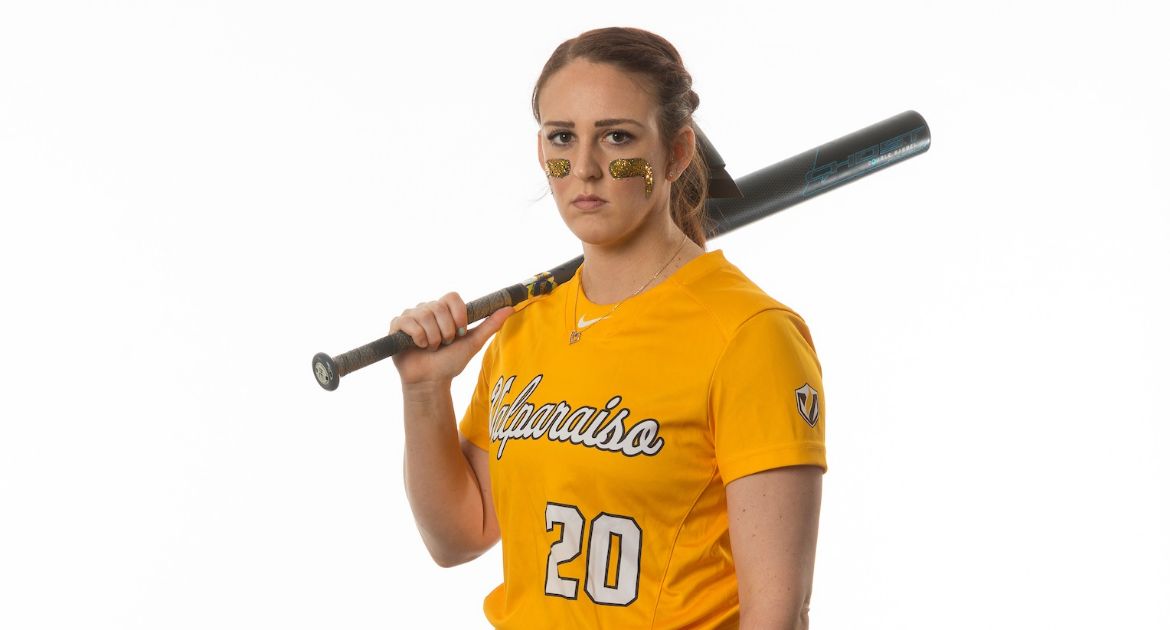 Next Up in Valpo Softball: The Valparaiso University softball team continues Missouri Valley Conference play on the road this weekend, heading to Carbondale, Ill. for a three-game series against Southern Illinois.

Previously: Valpo opened MVC play last weekend at Bradley, dropping both ends of Saturday’s doubleheader before rebounding with a win on Sunday in the series finale. The home schedule for the Brown and Gold was scheduled to open up on Wednesday, but the games ended up being cancelled.

Looking Ahead: Should the weather cooperate, Valpo will host IUPUI on Wednesday afternoon for its home opener. The program’s first home MVC series of the season is then on tap next weekend against Missouri State.

Head Coach Kate Stake: Kate Stake was hired as head coach of the Valparaiso softball program on July 23, 2014 and is in her fifth season as head coach in 2019. Stake, who is 98-126 at Valpo, led the Crusaders to the 2016 Horizon League Championship and a berth in the NCAA Tournament - the third in program history. Stake arrived at Valpo with eight seasons of assistant coaching experience at the Division I level, most recently serving as an assistant at mid-major power Hofstra. She played her collegiate softball at fellow MVC member Illinois State and is a 2005 graduate of ISU.

Series Notes: Valpo and SIU have met just three times in program history. The Salukis won a non-conference game between the two squads to open the 2005 season, 6-0. Last season, playing for the first time as MVC opponents, the two teams split a doubleheader in Valpo: the Crusaders took the opener, 7-6, while the Salukis won the nightcap, 9-6. The third game of that series was cancelled due to inclement weather.

Scouting the Opposition: The Salukis enter the weekend series at 14-9 overall and 2-3 in MVC play, most recently taking one out of three games against Drake last weekend. Jenny Jansen hits a team-best .411, while Ashley Wood has totaled a team-high six home rusn and 23 RBIs this season. In the circle, Brianna Jones is 10-6 with a 2.08 ERA and 70 strikeouts in 87.2 innings and has thrown two perfect games this season.

Unfriendly Weather: Valpo was supposed to play its home opener this past Wednesday against Central Michigan, but the scheduled doubleheader was initially adjusted to just one game because of weather and then, after getting in two innings of the single game, the contest was called by the umpires. It’s been a rough spring from a weather standpoint for the Crusaders, as they have now had six of their scheduled 25 contests to date cancelled.

Look at the RPI: Valpo’s front end of the MVC slate is loaded, as the four MVC teams which currently reside in the top-100 in the NCAA’s first RPI release account for the Crusaders’ first four Valley series of the season. Valpo came in 191 in the initial RPI release, while as a conference, the MVC currently ranks 11th - one spot higher than its 12th-place finish a year ago. For comparison, the Horizon League was 28th in 2017 in Valpo’s final season as a league member.

It Takes Three (or Fewer): It seems overly simplistic, but limiting opponents’ run production has been the key to Valpo’s wins this season. In all nine of its victories, Valpo’s opponent has scored two runs or fewer - including five shutouts. Meanwhile, Valpo has lost all 10 games when it gives up four or more runs.

Taking Advantage of Scoring Opportunities: After going a combined 1-for-15 with runners in scoring position in its first two games at Bradley, both losses, Valpo rebounded in the finale to go 4-for-10 en route to the win over the Braves. In Valpo’s nine victories this season, it has hit .329 with runners in scoring position, while in its 10 losses, it is hitting just .185 in the same situations.

Lawton Hitting Bombs: Senior Jaymee Lawton led Valpo offensively in its opening MVC series of the year, hitting .500 and slugging at a 1.375 clip. Her weekend was highlighted by hitting home runs in back-to-back at-bats of the middle game of the series - the third multi-homer game of her Valpo career. Lawton now owns 20 career home runs, eighth-most in program history and just two shy of a tie for sixth.

Taking Down NC State: Valpo closed its time in North Carolina with a 4-0 win over NC State on March 5, shutting out an offense which at that point was averaging better than five runs/game and leading the nation in home runs/game. The Crusaders earned their third win in program history over an ACC team with the win, the last coming as the 2008 squad won at Maryland. It was also Valpo’s first shutout of a power conference team since blanking Georgetown, 8-0, in 2007.

Pack Bounces Back: Junior pitcher Kelsie Packard rebounded from taking the loss against Bradley on Saturday, her first loss in nearly a month, to earn the win on Sunday. For Packard, it is the fourth time in her last five losses, dating back to last season, that she has come back with a win in her next appearance. Packard also has earned six victories over Valpo’s last four MVC series dating back to last season. Already this season, Packard has thrown a no-hitter against Wagner, earned the win with five shutout innings of relief at NC State, and was named MVC Pitcher of the Week on March 11.