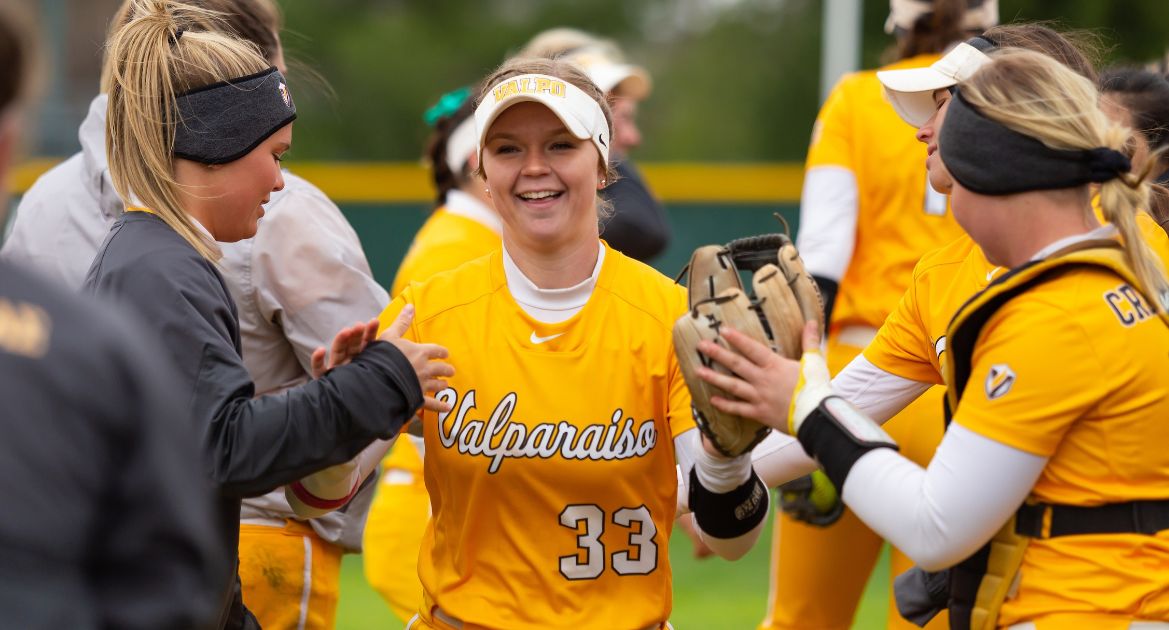 Taylor Herschbach was all smiles at the start and at the end of the day Friday.
Indiana State at Valparaiso | April 19, 2019

Two days ago, it was senior Carly Trepanier (Manteno, Ill./Manteno) delivering the game-winning hit. Friday afternoon, Trepanier was waiting 60 feet away on third base with the potential game-winning run in the MVC series opener against Indiana State as freshman Taylor Herschbach (Lockport, Ill./Lockport Township) stepped to the plate. After a timeout which allowed Trepanier to talk to Herschbach, the rookie matched Trepanier’s feat from Wednesday, knocking a single through the right side of the drawn-in infield to give Valpo a 7-6 walk-off win.

Valpo (14-22, 3-14 MVC) closes out the series against the Sycamores with a doubleheader on Saturday at the Valpo Softball Complex. First pitch of game one is slated for noon, and all the action can be heard live on WVUR (95.1 FM, Valparaiso).