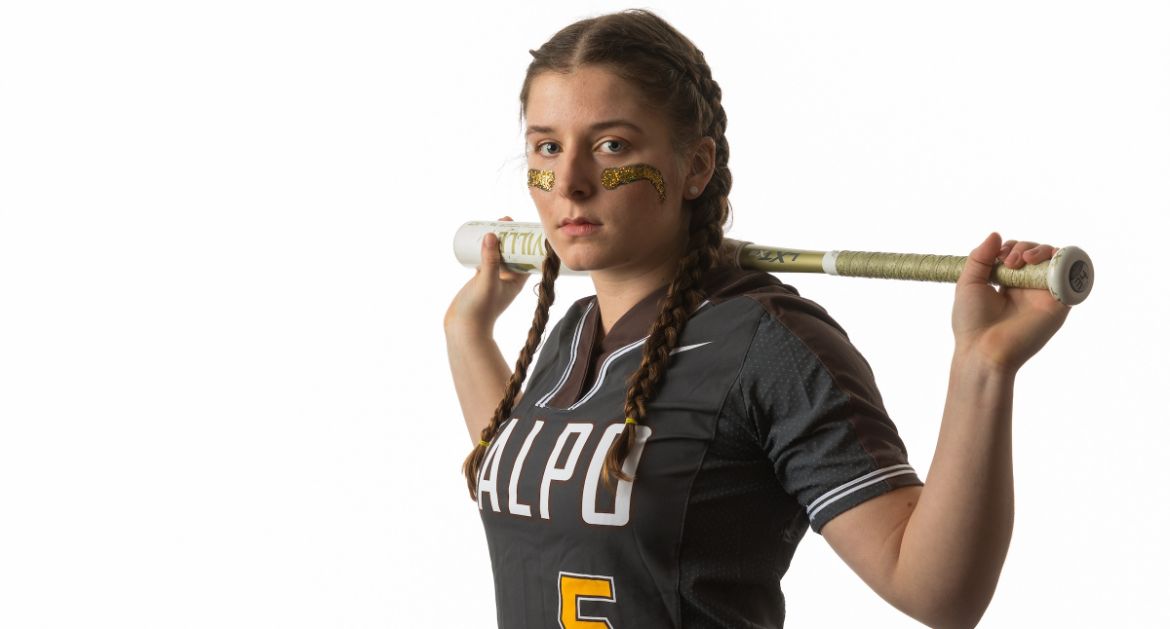 Next Up in Valpo Softball: As the regular season winds down, Valpo takes the field for four MVC games this week. The Brown and Gold close out a five-game homestand with a home game Wednesday at Loyola, and then faces their final road conference tests of the year this weekend at Evansville.

Previously: Valpo claimed two of three games in its series last weekend against Indiana State, winning in walk-off fashion in the opener, 7-6, and rallying in the sixth inning for a 7-5 win in the middle game before the Sycamores claimed a 9-1 win in the finale. Freshman Peyton Moeder led Valpo with seven hits over the three games en route to claiming MVC Newcomer of the Week honors.

Looking Ahead: The regular season comes to an end next week with a non-conference twinbill at Northern Illinois and a home series against Illinois State.

Following Valpo Softball: The Loyola game will have a live audio broadcast on WVUR (95.1 FM, Valparaiso), while all three games of the Evansville series can be seen live on ESPN3. Live stats for all four games will also be available via ValpoAthletics.com.

Head Coach Kate Stake: Kate Stake was hired as head coach of the Valparaiso softball program on July 23, 2014 and is in her fifth season as head coach in 2019. Stake, who is 104-139 at Valpo, led the Crusaders to the 2016 Horizon League Championship and a berth in the NCAA Tournament - the third in program history. Stake arrived at Valpo with eight seasons of assistant coaching experience at the Division I level, most recently serving as an assistant at mid-major power Hofstra. She played her collegiate softball at fellow MVC member Illinois State and is a 2005 graduate of ISU.

Series Notes: The second-most common opponent in program history, Valpo is now 26-41 all-time against Loyola after dropping a road doubleheader earlier this year to the Ramblers, 4-2 and 9-1. Meanwhile, the Crusaders are just 4-14 all-time against Evansville, with the Purple Aces taking two of three games in Valpo last season. Prior to last year, the Purple Aces and Crusaders had not faced off since 1998.

Look at the Ratings: Valpo’s front end of the MVC slate was loaded, as the four MVC teams which currently reside in the top-100 in the RPI accounted for the Crusaders’ first four Valley weekend series. In Monday’s NCAA RPI release, Valpo came in at 176, while as a conference, the MVC boasted four top-100 teams and ranked 10th- one spot higher than its 12th-place finish a year ago. For comparison, the Horizon League was 28th in 2017 in Valpo’s final season as a league member. In fact, Valpo has already played 16 games this year against top-100 RPI teams, 11 of which have come in MVC play - compared to 13 such games in its final two years in the Horizon League combined, none of which were league games.

Moeder Named Newcomer of the Week: Freshman Peyton Moeder became the third Valpo player to earn an MVC weekly honor this year, as she was named the MVC Newcomer of the Week for her performances last week. Moeder recorded hits in all four games, going 8-for-15 with four runs scored, in extending her on-base streak to a season-best seven games. She became the first Valpo player with a three-hit game this year, doing so in each of the first two games of the series with Indiana State, both wins. She also scored a Valpo season-high three runs in the series-opening win against the Sycamores, including the game-tying run. In the middle game of the series, she drove in a run in the bottom of the 6th with an RBI single to cut Valpo’s deficit to one, and was the lead runner on the game-deciding three-run double. Moeder joins Kelsie Packard (Pitcher of the Week - March 11) and Jaina Westphal (Newcomer of the Week - April 1) as Valpo’s MVC award winners this season.

Walking It Off: A three-run bottom of the 7th in mid-week action against Western Michigan gave Valpo a 4-3 walk-off win, and then in the series opener against Indiana State, after surrendering five runs in the top of the 7th, the Crusaders scored two runs in the bottom of the inning for a 7-6 walk-off victory. It marked Valpo’s first consecutive walk-off wins since May of 2012, when the Crusaders actually captured the Horizon League Tournament title on three straight walk-off victories, the last two of which came on walk-off hits from Angie Doerffler.

In the Middle of the Action: Both walk-off wins featured senior Carly Trepanier, as she delivered the game-winning hit against Western Michigan before scoring the game-winning run in the series opener versus Indiana State. Trepanier has now been part of five walk-offs over her four years at Valpo, either as the winning hit or the winning run, tied for the most in program history.

Lawton Delivers Big Hits: Senior Jaymee Lawton came up to bat with the bases loaded in the first inning of the middle game of the series with Indiana State and popped out. At that point, Lawton had no way of knowing she would have two more at-bats in that game with the Sycamores with the bases loaded, and both times, she would come through. In the 3rd and the 6th inning of that game, Lawton again stepped to the plate with the bases loaded, and both times, she delivered a three-run double - the latter giving Valpo the 7-5 lead in its eventual win. Her six RBIs in the opener were a career best, surpassing her previous mark of four, and a Valpo season high. It is just the 10th time in program history that a single player has driven in six or more runs in a single game, and the first such occurrence since Jenna Stauffenberg did it on Feb. 19, 2017.

First Career Win: Freshman Taylor Knight picked up the first victory of her Valpo career in the circle in the middle game of the Indiana State series. After surrendering five runs to the Sycamores over the first two innings, Knight settled in and posted four consecutive shutout frames to earn the win. She threw a career-best six innings in the winning effort, just the second time this year she has pitched more than four innings.