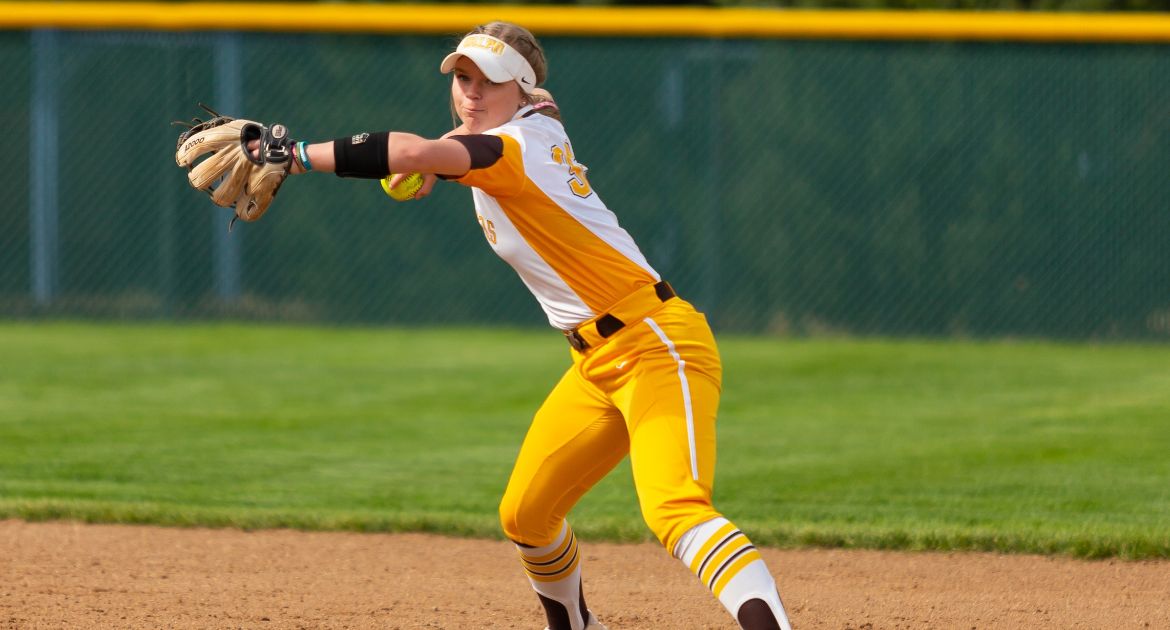 Taylor Herschbach had three putouts and two assists in the field Wednesday.
Loyola at Valparaiso | April 24, 2019

The Valparaiso University softball team rallied from a two-run deficit to tie Wednesday’s MVC game with Loyola at the Valpo Softball Complex at 2-2 through four innings, but the Ramblers reclaimed the lead in their next turn at-bat as Valpo eventually fell by a 5-2 final.

Valpo (15-24, 4-16 MVC) hits the road for the final time in MVC play this weekend when it heads to Evansville. The three-game series begins with a Saturday doubleheader at noon, and all three games can be seen live on ESPN3.