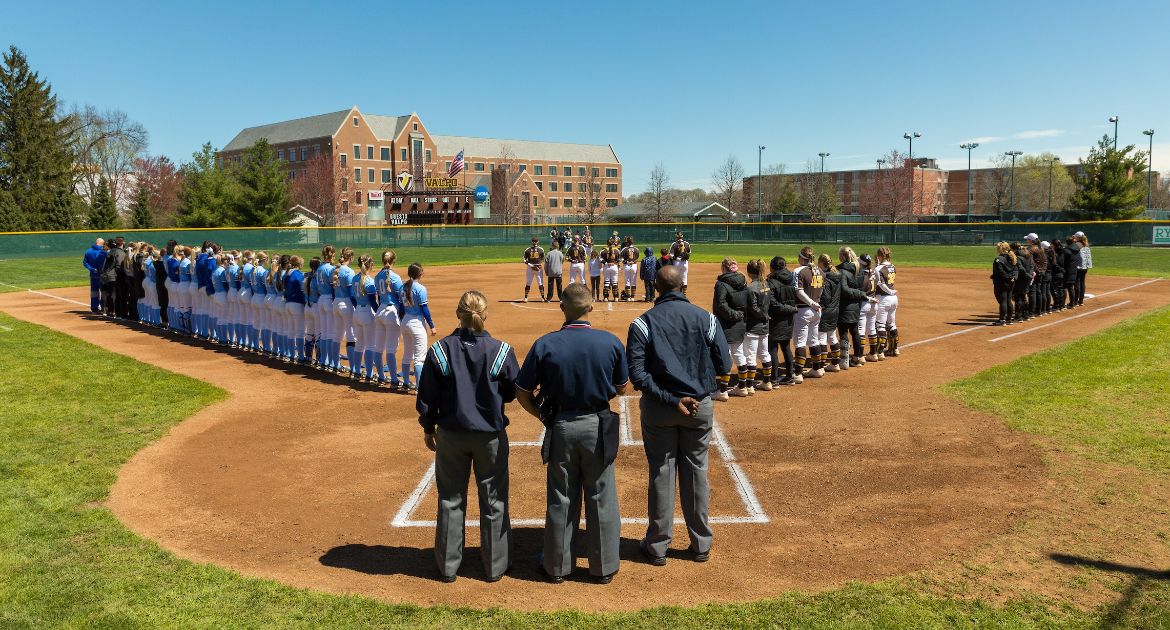 An array of games against conference championship teams and NCAA Tournament squads from last season, as well as 16 home games slated for the Valpo Softball Complex, highlight the 2020 schedule for the Valpo softball program.

The slate gets off to a strong start for Valpo as it opens the 2020 campaign at Houston Feb. 7-9. In addition to facing the host Cougars, who advanced to an NCAA regional final last year, the tournaments pits Valpo versus Fordham – champions of the A10 and an NCAA Tournament participant last season – twice and against UMass Lowell – 2019 America East regular season champions – and Northwestern State once apiece.

The second weekend of competition sends Valpo to the Runnin’ Bulldog Tournament, hosted by Gardner-Webb in Boiling Springs, N.C. Feb. 14-16. The weekend will be comprised by two games each against Gardner-Webb and Colgate and one contests versus Robert Morris.

Following a weekend away from play, Valpo starts an extended trip to the Sunshine State with an appearance in the Stetson Invitational Feb. 29-March 1. Valpo will play three games over the two days, taking on Stetson, Colgate and Bethune-Cookman, which captured MEAC regular season and tournament titles last year and advanced to the NCAA Tournament.

The Florida swing continues in DeLand with a single game against Stetson on March 4 before making a 30-mile trip south to Longwood, Fla. to take part in The Spring Games March 6-8. Valpo will face Bethune-Cookman for the second time in a week at that event, while also meeting Saint Louis, Niagara, North Carolina A&T and Cleveland State.

The Missouri Valley Conference schedule – which includes three games apiece against each of the conference’s other nine teams – opens for Valpo on the road at Missouri State March 14-15. Valpo will also play road series in 2020 at Indiana State (March 21-22), Drake (April 4-5) and Illinois State (April 25-26).

Valpo hosts its first Valley home series of the year March 28-29 as Southern Illinois comes to town. Evansville (April 10-11), UNI (April 18-19) and Bradley (May 1-2) will also visit the Valpo Softball Complex this year. Meanwhile, Valpo’s three-game set against travel partner Loyola is split into a home doubleheader on April 14 and a single game in Rogers Park on April 22.

Non-conference action is interspersed throughout the conference slate as well. Valpo’s home opener is slated to come outside of MVC play on March 24 against UIC, the reigning Horizon League regular season champion, while the Crusaders are also scheduled to host Northern Illinois on April 7. Non-conference road games are scheduled at IUPUI (March 17), Western Michigan (March 25), and Wisconsin (April 1 doubleheader). The Badgers won 43 games last year and advanced to an NCAA regional final.

The Missouri Valley Conference Tournament opens on Wednesday, May 6 from Evansville, Ind., hosted by Evansville. All 10 teams qualify for the four-day event, which is a single-elimination bracket. The Valley tournament champion earns the conference’s automatic bid into the 2020 NCAA Tournament.