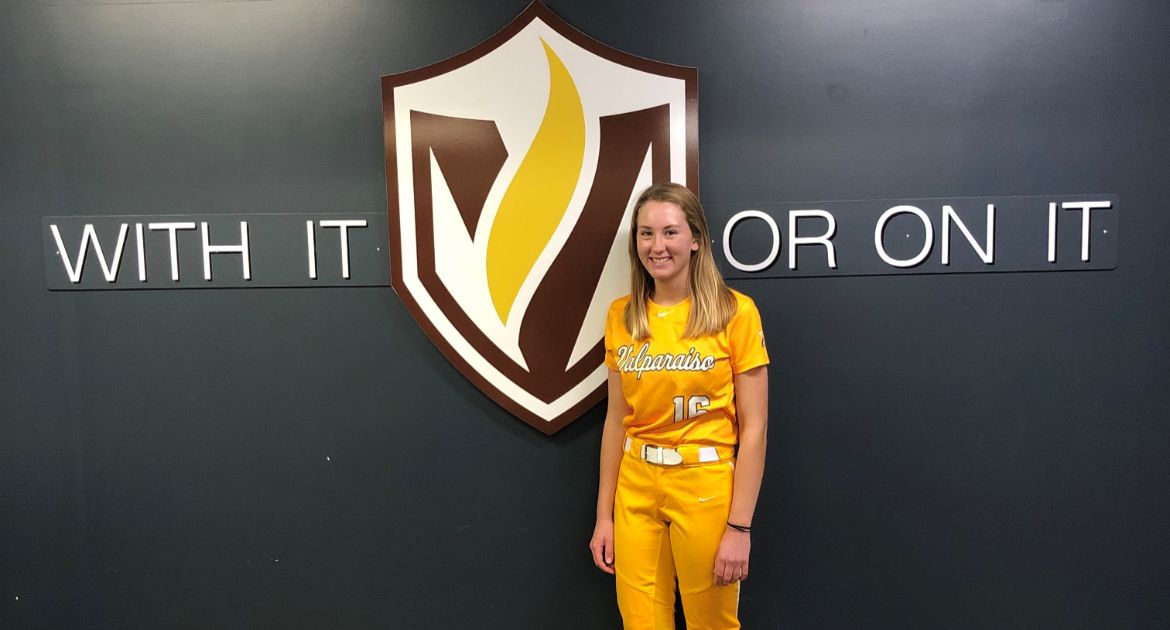 Valpo softball head coach Kate Stake announced today that Kate Beckemeyer will transfer to Valparaiso University at the semester break. Beckemeyer, who played last season as a freshman at Parkland College, will be immediately eligible for the Brown and Gold in 2020 and has three seasons of eligibility remaining.

“We are fortunate to be able to bring in a player with KB's athleticism and her academic acuity,” said Stake. “She has proven to be a key contributor at Parkland, and I expect that bringing her into our program this spring can make an immediate and positive impact both on the field and off. It takes the right type of person, and the right type of team, to make a mid-year transfer work, and I think we've found a really good match in that. I look forward to KB jumping in with Team 38 in January!”

Beckemeyer enjoyed a strong freshman campaign in 2019 for the Cobras, hitting .360 with 51 runs scored and 19 multi-hit games out of the leadoff spot in the order. She ranked among the top-40 overall in NJCAA Division II and second in Region 24 with 24 stolen bases while getting caught just three times. Beckemeyer was second in the Region as well in runs scored and third with 22 walks. In the circle, Beckemeyer posted a 6-6 record for Parkland, including a shutout of no. 10 Heartland with seven strikeouts on March 23.

Beckemeyer played her prep softball for Maroa-Forsyth [Ill.] H.S., where she was a two-time All-State honoree, receiving Second Team honors as a senior and Third Team accolades as a junior. She received All-County and All-Conference recognition four times apiece, and also earned three varsity letters in basketball and two in volleyball. Her high school class valedictorian, Beckemeyer will be studying civil engineering at Valpo.

“I want to thank both Kristi and Dan Paulson (co-head coaches at Parkland) for their willingness and support to help provide KB with this chance to join Valpo Softball,” said Stake. “Allowing KB to pursue this opportunity, at what can be an inopportune time for their own program, is a selfless act and shows they truly have the best interests of their student-athletes at heart.”