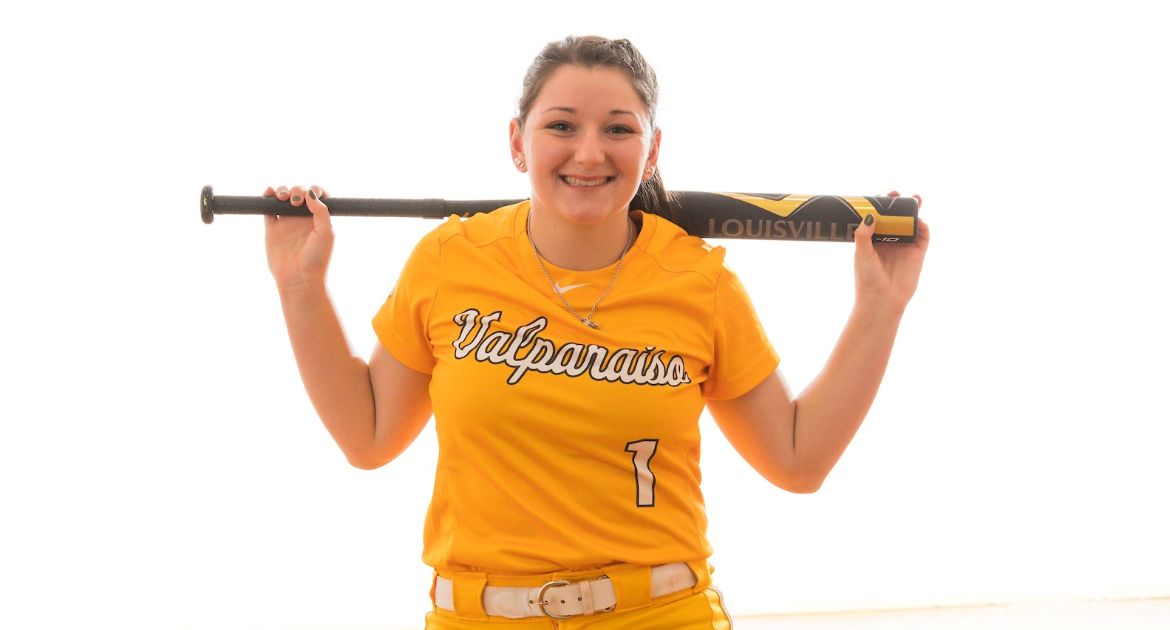 Next Up in Valpo Softball: The Valpo softball program opens up the 2020 campaign this weekend with a challenging slate of games at the Houston Invitational. Valpo will face Fordham twice and host Houston, Northwestern State and UMass Lowell once apiece.

Looking Ahead: The second weekend of the regular season sends the Brown and Gold to the Runnin’ Bulldog Tournament, hosted by Gardner-Webb in Boiling Springs, N.C. Valpo will play five games in a three-day stretch Feb. 14-16.

Following Valpo Softball: All five games this weekend will have live stats available via ValpoAthletics.com. The Houston game Friday evening will have a pay video stream as well.

Head Coach Kate Stake: Kate Stake was hired as head coach of the Valparaiso softball program on July 23, 2014 and enters her sixth season as head coach in 2019. Stake, who is 105-147 at Valpo, led the Crusaders to the 2016 Horizon League Championship and a berth in the NCAA Tournament - the third in program history. Stake arrived at Valpo with eight seasons of assistant coaching experience at the Division I level, most recently serving as an assistant at mid-major power Hofstra. She played her collegiate softball at fellow MVC member Illinois State and is a 2005 graduate of ISU.

Series Notes: Three of Valpo’s four opponents this weekend are first-time matchups, as the Brown and Gold has never played Fordham, Houston or Northwestern State. Sunday’s meeting with UMass Lowell will come six years to the day of the only prior meeting between the two teams: a 5-2 Valpo win on Feb. 9, 2014 in Buies Creek, N.C.

Scouting the Opposition: All four of Valpo’s opponents this weekend will provide strong competition. Fordham was 29-26 last season and won the Atlantic 10 Championship for the seventh straight year, advancing to the NCAA Tournament. Houston posted a 39-19 record and went to an NCAA regional final. Northwestern State finished the 2019 campaign with a 30-27 record, while UMass Lowell went 28-20 and earned the America East regular season title.

Finally Outdoors: After a winter spent mostly in the cages and indoors, Valpo finally gets to spend an entire weekend outside - a luxury more often enjoyed by its early-season opponents during the winter months. But for the first time since 2014, Valpo will face a team in the opening weekend of the season based further north than it is, as the Brown and Gold takes on UMass Lowell in the tournament finale. The River Hawks were also that 2014 opponent as well.

Pack is Back: It all starts in the circle, and redshirt junior hurler Kelsie Packard will be back in action this season. Packard suffered a season-ending injury partway through the 2019 campaign and learned in September she would receive a medical hardship waiver for last year, retaining two seasons of eligibility. Prior to the injury, Packard posted an 8-7 record and a 3.24 ERA with three shutouts and 88 strikeouts in 84.1 innings of work, as opposing hitters hit just .228 off of her. The 2018 MVC Newcomer of the Year, Packard enters the 2020 campaign just nine strikeouts shy of Valpo’s career top-10 in the category and knocking on the door of a few other categories as well.