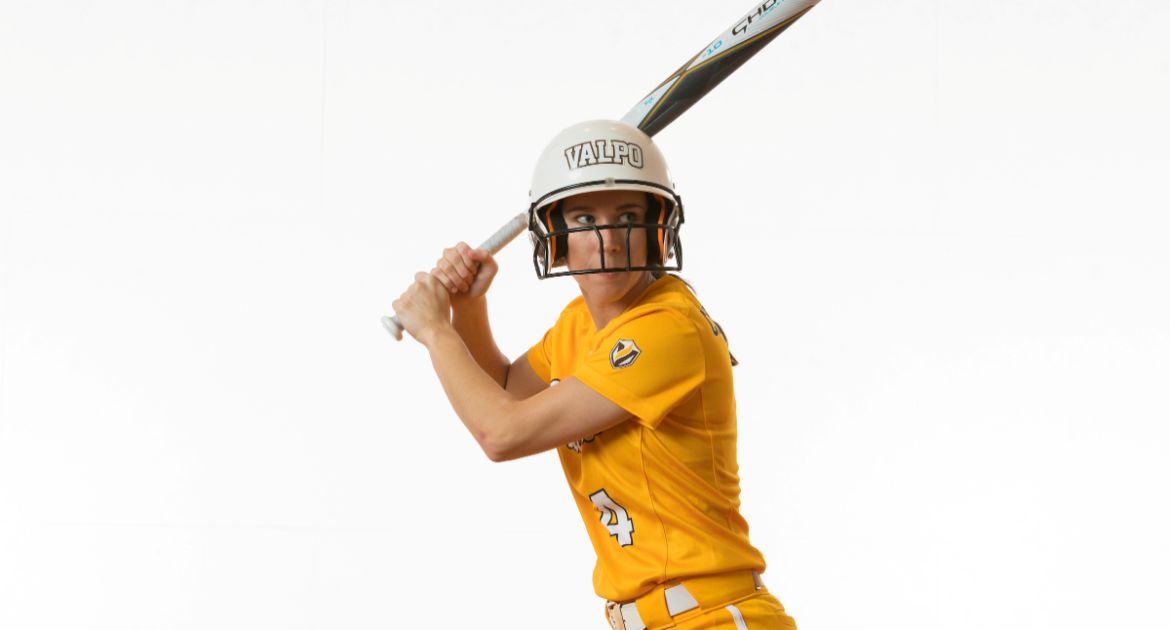 Next Up in Valpo Softball: After heading south last weekend to open the 2020 season, the Valpo softball team flies southwest from snowy Northwest Indiana to North Carolina for its second weekend of competition, as it plays at the Runnin’ Bulldog Tournament hosted by Gardner-Webb. The Brown and Gold will play the hosts and Colgate twice apiece, as well as Robert Morris once.

Previously: Valpo posted a 3-2 record on opening weekend at the Houston Invitational, earning two victories over Fordham and one over UMass Lowell.

Looking Ahead: Valpo has next weekend off before commencing its spring break trip the following weekend at the Stetson Invitational.

Following Valpo Softball: Any games which have live stats available will be linked at ValpoAthletics.com.

Head Coach Kate Stake: Kate Stake was hired as head coach of the Valparaiso softball program on July 23, 2014 and enters her sixth season as head coach in 2019. Stake, who is 108-149 at Valpo, led the Crusaders to the 2016 Horizon League Championship and a berth in the NCAA Tournament - the third in program history. Stake arrived at Valpo with eight seasons of assistant coaching experience at the Division I level, most recently serving as an assistant at mid-major power Hofstra. She played her collegiate softball at fellow MVC member Illinois State and is a 2005 graduate of ISU.

Series Notes: Valpo owns a winning record in the all-time series against two of its three opponents this week. The Brown and Gold are 4-1 all time against Robert Morris, with the most recent meeting being a 4-2 Valpo win at the Rebel Spring Games in March 2011. Valpo and Gardner-Webb have split four matchups, with Valpo coming out 4-1 victors at the Lipton Invitational in Gainesville, Fla. in March 2011. The Brown and Gold own a perfect 3-0 record versus Colgate, including 7-0 and 7-5 wins on consecutive days at the Stetson Classic in March 2013.

Scouting the Opposition: Robert Morris enters this weekend with a 2-2 record and is coming off of a 14-37 campaign last year. Gardner-Webb is 6-1 this year after going 30-24 in 2019, while Colgate will be playing its first games of 2020 this weekend and went 25-27 last season.

A Winning Weekend: Valpo posted a 3-2 record on its opening weekend of competition, just the second time in the last eight seasons Valpo has won at least three games in its first weekend of action. All three of Valpo’s wins came against programs which won league titles last year, as Valpo beat Fordham - Atlantic 10 regular season champions and co-tournament champions last season - twice and UMass Lowell - which claimed the America East regular season championship - once.

Winning the Tight Games: Both of Valpo’s wins over Fordham were one-run decisions, including a win in the opener in which the Crusaders scored a seventh-inning run to break a tie. Valpo is 2-0 in one-run games so far this year after going just 3-6 in such games last season.

Strong Debut: Freshman Lauren Kehlenbrink was right at home at the plate in the first weekend of her collegiate career, going 6-for-14 with a team-best five RBIs. She delivered a two-run double in the 6th inning of the opener against Fordham which tied the game in the eventual one-run win. In the rematch the next day, Kehlenbrink again came up with a big hit in the 6th inning, this time connecting on her first career home run - a three-run shot which proved vital in another one-run win. The home run capped a 4-for-4 performance.

Banging Out the Hits: Sophomore Taylor Tonoian enjoyed the best weekend of her career at the plate on opening weekend. Tonoian finished with a team-high seven hits, going 7-for-15 with two runs scored and two RBIs over the five games. The sophomore went 3-for-4 at the plate in the second win over Fordham, and followed that with a 2-for-4 effort in the victory over UMass Lowell - the first two multi-hit games of her career.

Relief Work: Freshman Easton Seib was called upon out of the bullpen three times in her first weekend of collegiate softball, and ended the weekend with a win and a save. Entering the Feb. 8 game against Fordham with no margin for error, leading by one run with runners on the corners and two out in the 6th, Seib got out of the inning and then retired the side in order in the 7th for her first career save. The rookie then pitched four innings of three-hit shutout ball in relief Feb. 9 against UMass Lowell to earn the win. Seib posted a 2.21 ERA, a .182 opponents batting average and a 0.79 WHIP over her three appearances on opening weekend.