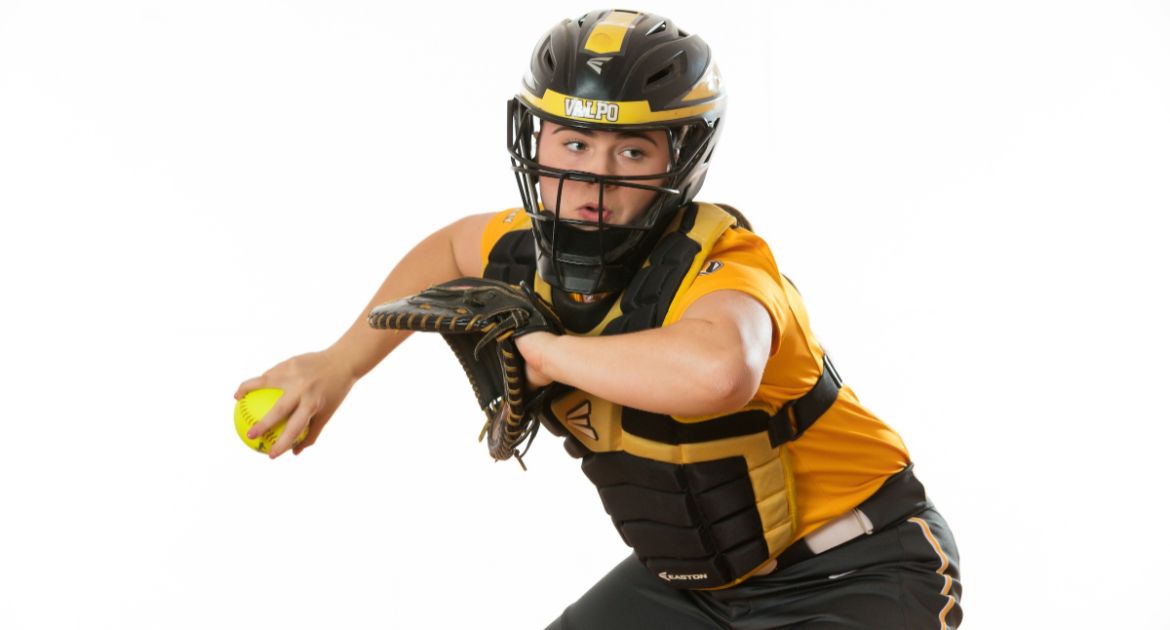 Next Up in Valpo Softball: The Valpo Softball team kicks off its 2020 spring break trip at the Stetson Invitational this weekend, where it will take on Colgate and Bethune-Cookman in addition to the host Hatters over a two-day stretch. Valpo will stick around DeLand for a mid-week matchup against Stetson as well to close out the first half of its time in Florida.

Previously: Valpo was off last weekend after going 2-3 the previous weekend at the Runnin’ Bulldog Tournament, hosted by Gardner-Webb.

Looking Ahead: Valpo will close out its pre-conference schedule at THE Spring Games in Longwood, Fla. with five games over three days March 6-8.

Following Valpo Softball: All four games will have live stats available, which can be accessed via ValpoAthletics.com. Free live video of the games against Stetson will be available as well.

Head Coach Kate Stake: Kate Stake was hired as head coach of the Valparaiso softball program on July 23, 2014 and enters her sixth season as head coach in 2019. Stake, who is 110-152 at Valpo, led the Crusaders to the 2016 Horizon League Championship and a berth in the NCAA Tournament - the third in program history. Stake arrived at Valpo with eight seasons of assistant coaching experience at the Division I level, most recently serving as an assistant at mid-major power Hofstra. She played her collegiate softball at fellow MVC member Illinois State and is a 2005 graduate of ISU.

Series Notes: Valpo owns a winning record in the all-time series against two of its three opponents this week. The Brown and Gold are 4-1 all time against Colgate, splitting two meetings at Gardner-Webb two weekends ago - a 2-1 win and a 5-2 loss. Valpo is 4-3 in program history versus Bethune-Cookman, most recently matching up with the Wildcats for two games - a 1-0 loss and a 5-2 win - in February 2011 at Stetson. Stetson owns a 5-1 advantage in the all-time series over Valpo, including 4-3 and 5-1 victories in March 2013 in the last meetings.

Welcome to the Sunshine State: Valpo will spend 10 consecutive days in Florida on its spring break trip, hanging around following this weekend to compete at THE Spring Games next weekend. It is Valpo’s first trip to the Sunshine State since playing at the FIU Invitational in 2016. In fact, after spending time in Florida 20 out of 22 seasons from 1990 through 2011, this is just Valpo’s fourth appearance in Florida in the last nine years.

Leap Day: For a program in its 38th season, there aren’t a lot of first-time events left. But this year’s squad will be the first in program history to play on February 29 when it takes to the field on Saturday.

Another Award For Pack: Redshirt junior pitcher Kelsie Packard earned MVC Pitcher of the Week honors on Feb. 17 after picking up a pair of wins at the Runnin’ Bulldog Tournament. Packard posted a 1.50 ERA in the two complete-game wins, striking out 22 batters over 14 innings of work while allowing opponents to hit just .154 off of her. She tossed a two-hitter in a one-run win over Colgate and struck out 11 in both wins, giving her three double-figure strikeout efforts already this year after striking out 10+ just twice in 29 starts in her first two seasons. Since the start of the 2018 campaign, Packard has been named MVC Pitcher of the Week on three occasions - second-most in the conference behind Nicole Newman. She now ranks fourth in program history in career opponents’ batting average (.240), 10th in ERA (2.81) and 10th in strikeouts (238) - just two shy of ninth.

Seib Continues Strong Start: Freshman pitcher Nicole Seib has been strong in the circle through her first two weekends of collegiate action. At the Gardner-Webb tournament, Seib posted a 1.75 ERA and a 1.00 WHIP in 12 innings over three appearances. Included in that was her first career start against a Gardner-Webb team which entered the weekend scoring better than eight runs/game. Seib limited GWU to just two runs through seven innings, striking out six, before taking a tough-luck loss in the international tiebreak.

Go Yard, Win the Game: While it might not be a direct correlation, it’s interesting to note the relationship between Valpo home runs and wins so far this season. Entering this weekend with a 5-5 record, Valpo has hit a home run in five of its 10 games and is a perfect 5-0 in those contests, while it is 0-5 when not hitting a home run. Last time out, Lauren Kehlenbrink went deep in the win over Gardner-Webb, while Jaina Westphal connected on her second homer of the year in the win over Colgate.

A Winning Weekend to Open the Year: Valpo posted a 3-2 record on its opening weekend of competition, just the second time in the last eight seasons Valpo has won at least three games in its first weekend of action. All three of Valpo’s wins came against programs which won league titles last year, as Valpo beat Fordham - Atlantic 10 regular season champions and co-tournament champions last season - twice and UMass Lowell - which claimed the America East regular season championship - once.