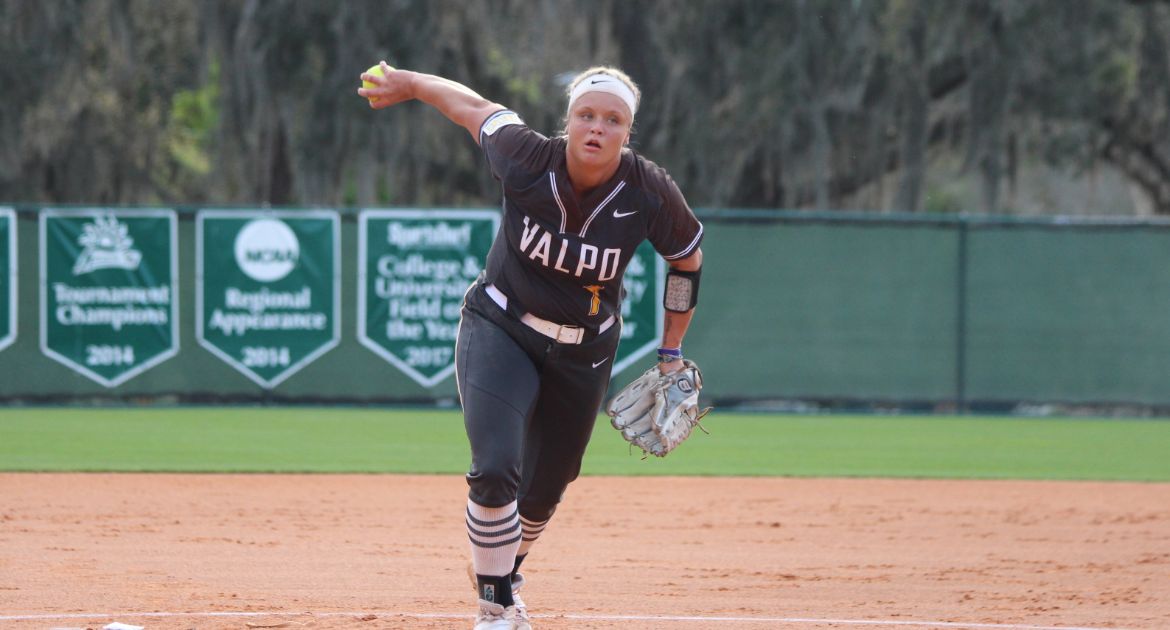 Embroiled in a scoreless battle into the seventh inning Wednesday evening at Stetson, the Valpo softball team was unable to come out victorious, as the host Hatters got a two-run walk-off homer in the bottom of the seventh to account for the only scoring in the 2-0 final.

Valpo (7-7) heads to THE Spring Games this weekend to conclude its trip to Florida, where it will play five games over three days. Action begins on Friday against Saint Louis at 10:15 a.m. CT and Niagara at 12:45 p.m., and games will be broadcast live on FloSoftball.