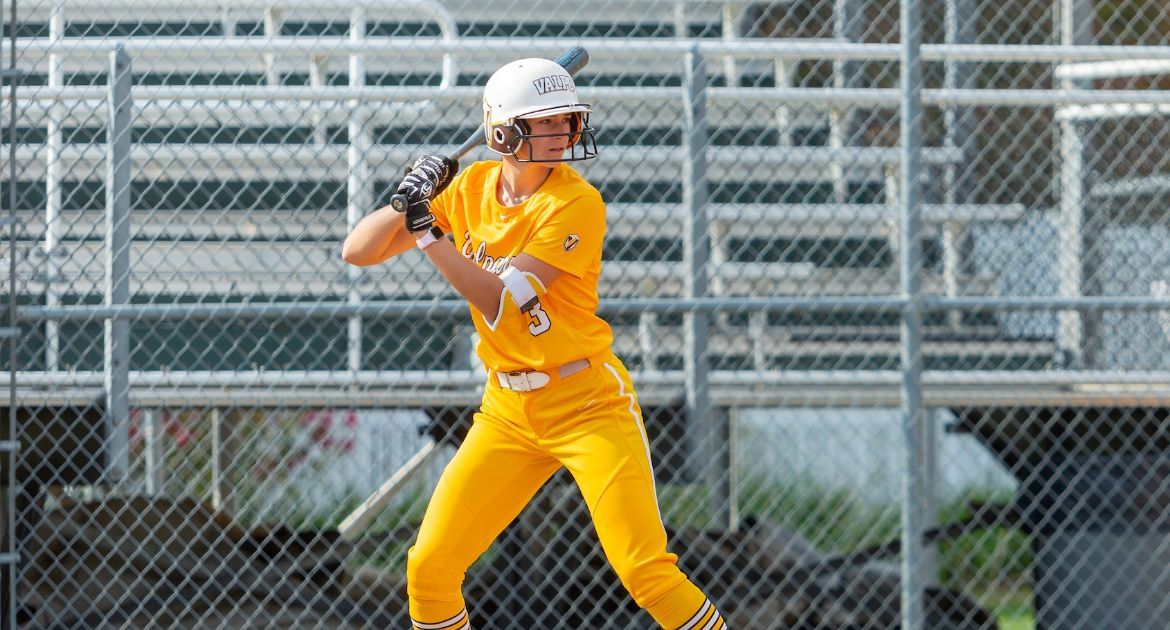 Brittany Anderson connected on her second homer in as many days Sunday.
Valparaiso at Kansas City | February 14, 2021

The Valpo softball team jumped on top of Kansas City early Sunday in its tournament finale at The Dome in Rosemont, Ill. courtesy of Brittany Anderson’s (East Chicago, Ind./Bishop Noll) second home run in as many days, but the Roos came back to earn a 10-2 victory.

Thoughts on the Weekend from Coach Stake

“First and foremost, we are grateful for the opportunity to be playing amidst a pandemic. Plenty did not go our way this weekend, but all of us appreciate the opportunity to get on the field and to compete again. Our players have gone through a lot over the past 11 months, and so I think it’s important to step outside of the results to recognize we are blessed to be playing softball together again.”

“I’m pleased with Caitlyn’s performance against WIU and her one-hitter. I was not surprised to see her step into the first game and throw well. She’s shown us what she’s capable of for months and it was great to see her go out and do it against someone wearing a different jersey.”

“I am very proud of our seniors on opening weekend; both Addi and Britt played big and confidently. It certainly was an encouraging start for those two. Since volleyball didn’t play this fall, it’s the first time we’ve had Britt practicing with us full-time, and I think that extra time has really benefited her development this year.”

“Lauren had a good weekend behind the plate. Our catchers — Lauren, Maddie and T — are working so hard and have seen a good deal of improvement. I’m happy with the degree of ownership they’re taking on this season.”

Valpo (1-3) will take next weekend off from competition before returning to action in Nashville the weekend of Feb. 27.