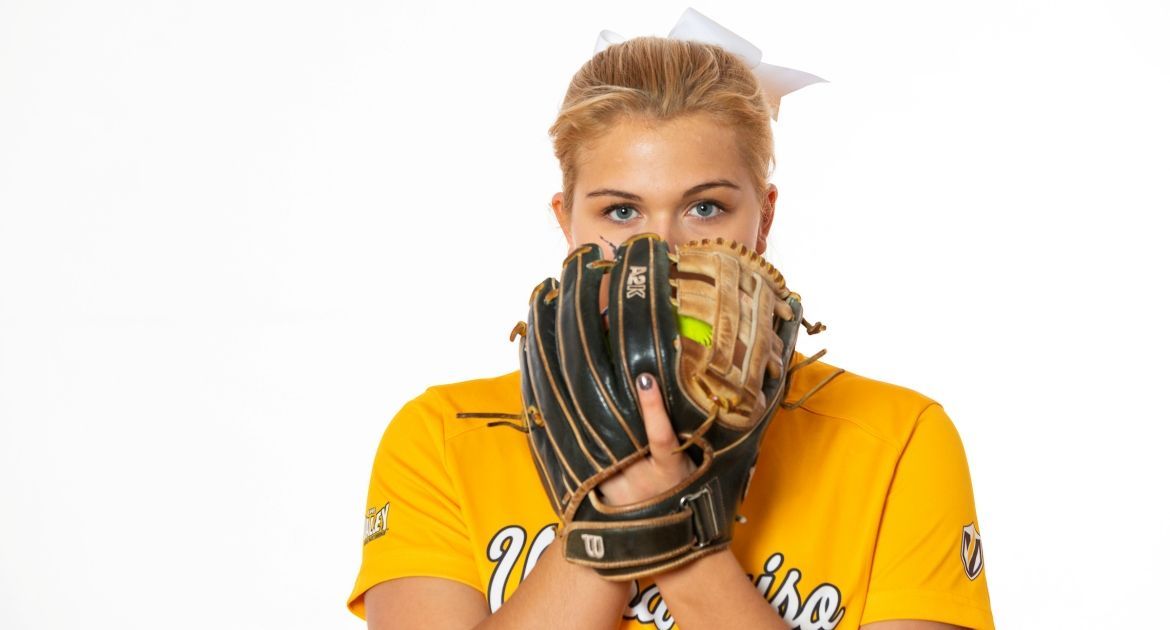 Next Up in Valpo Softball: The Valpo softball team closes out pre-conference play this weekend at the Red & Black Challenge, hosted by Louisville. Valpo will take on WKU twice and the host Cardinals once in its final tuneups before MVC action starts next weekend.

Previously: Valpo posted a 2-2 record last weekend at Marshall’s Thundering Herd Round Robin. The Brown and Gold fell to BGSU and Marshall to open the tournament before claiming one-run wins on Sunday over Saint Francis (Pa.) and Marshall to end the weekend at .500.

Looking Ahead: Valpo opens MVC play next weekend with a trip to Peoria, Ill. to take on Bradley. There will actually be four games played during the two days, with the typical three-game MVC series followed by an additional, non-conference game on Sunday - a number of MVC schools will play the fourth game against the Braves this year to assist them in filling out a non-conference schedule.

Following Valpo Softball: Live stats will be available for all three games this weekend, while the matchup with Louisville will be broadcast on ACC Network Extra.

Head Coach Kate Stake: Kate Stake was hired as head coach of the Valparaiso softball program on July 23, 2014 and is in her seventh season as head coach in 2021. Stake, who is 118-163 at Valpo, led Valpo to the 2016 Horizon League Championship and a berth in the NCAA Tournament - the third in program history. Stake arrived at Valpo with eight seasons of assistant coaching experience at the Division I level, most recently serving as an assistant at mid-major power Hofstra. She played her collegiate softball at fellow MVC member Illinois State and is a 2005 graduate of ISU.

Louisville - There has been just one matchup all-time between these two programs, but it was a memorable one. The memory was happier for the Cardinals’ side, however, as they connected on a walk-off three-run homer in the 2012 NCAA Tournament opener for both squads. Making its first-ever NCAA Tournament appearance, Valpo led the top-10 Louisville squad 4-3 with two outs in the seventh before the decisive round-tripper gave UL a 6-4 win.

Scouting the Opposition: Western Kentucky - The Hilltoppers enter the weekend with a 9-3 record, with two of those defeats coming against a nationally-ranked Mississippi State squad last weekend. WKU owns a .967 team OPS, led by Kennedy Sullivan, who hits .438 with 12 runs scored and 15 RBIs. Four different pitchers have seen action, with Katie Gardner posting a 0.91 ERA and 23 K’s in 15.1 innings of work.

Louisville - The Cardinals own a 7-7 record on the season and sit at 3-2 in early ACC play. Louisville is hitting just .228 as a team, but Taylor Roby is hitting .385 with four homers and 14 RBIs. Roby is also one of three UL primary pitchers who have posted a 2.99 team ERA.

Strong Wins: Both of Valpo’s wins to close out action at the Thundering Herd Round Robin came over strong opposition. Saint Francis entered the game with a 9-2 record this year, while the Brown and Gold handed Marshall its first loss, as it was 6-0 prior to the game.
The Marshall win is an especially strong one, as the Thundering Herd went 18-7 last year and have been a top-100 RPI team in each of the last five full seasons.

Rallying For the Victory: Valpo trailed Marshall 4-0 before scoring five unanswered runs for the victory in last weekend’s finale. Valpo’s rally was the program’s biggest since overcoming a five-run deficit for a victory against Indiana State on April 20, 2019. Impressively, Valpo scored in the fourth, fifth, sixth and seventh innings of the come-from-behind win over the Thundering Herd. That marked the first time the Brown and Gold have scored in each of those four frames in a victory since they scored the final nine runs of their comeback from down 12 runs in that span to win 13-12 over Youngstown State on April 14, 2012.

Addi Impresses: Senior Addi Burke has stood out in all aspects of the game so far this season. Burke ranks ninth in the MVC and leads Valpo with a .385 batting average and also ranks second on the team with a .448 on-base percentage. Defensively, she has handled 41 chances (18 putouts/23 assists) at second base without an error, the most chances by a 2B/3B/SS in the Valley with a perfect fielding percentage to date.

Posting Big Weekends: Fellow senior Brittany Anderson enjoyed another strong weekend at Marshall, going 4-for-10 over the four games with a pair of doubles. Anderson currently ranks second in the MVC in slugging percentage (.762) and eighth in on-base percentage (.481). Anderson was one of three players to bat .400 or better last weekend, as junior Taylor Herschbach went 5-for-11 with a pair of doubles and two runs scored, while sophomore Ryan Milkowski reached base at a .667 clip, going 3-for-7 with three runs scored, a homer, four walks and a hit batter.

Stepping Up: After going hitless in the first two weekends of her collegiate career, freshman Regi Hecker came up with a number of big at-bats last weekend and was key in the win over Marshall. Trailing by three, Hecker led off the fifth inning with an infield single and eventually came around to score as Valpo cut the deficit to one run. Then, in the sixth, Hecker came up with a runner on third and less than two out and delivered a sac fly to tie the game at 4-4, as Valpo eventually went on to win 5-4. For the week, Hecker went 3-for-9 with a double, a run scored and an RBI.