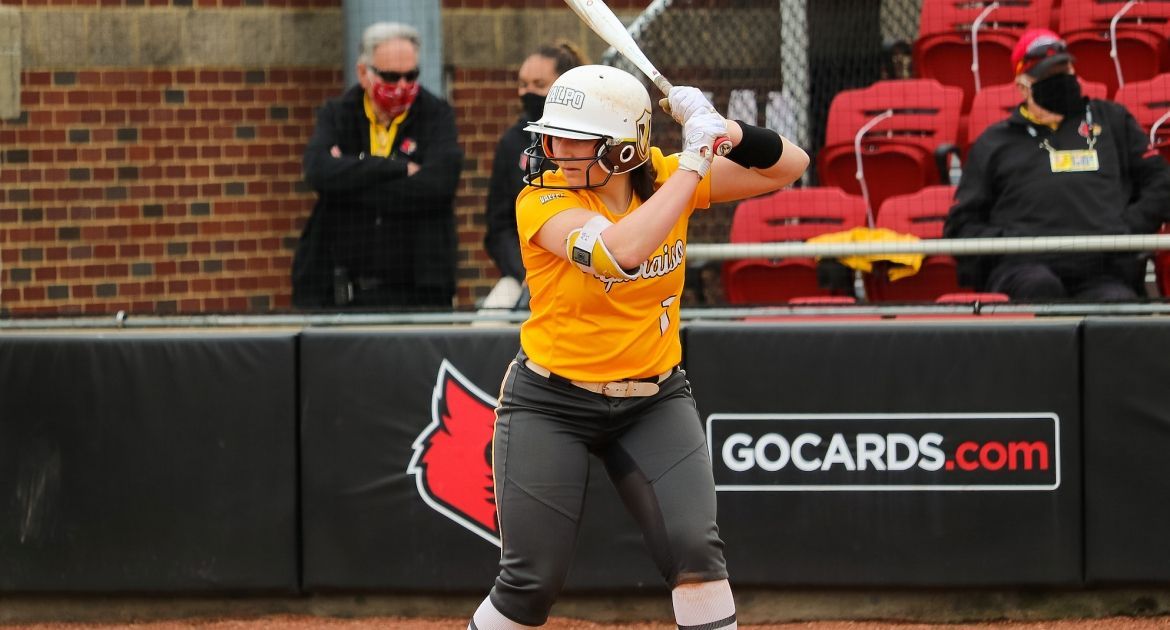 The Valpo softball team jumped out to a 3-0 lead in its series finale at Evansville Sunday, but the host Purple Aces scored five unanswered runs to earn a 5-3 victory.

Valpo (5-15, 1-5 MVC) looks to take advantage of its first home games in nearly two full years next weekend, as it returns home to the Valpo Softball Complex for a three-game series against Indiana State. The series opens with a doubleheader at noon on Friday.