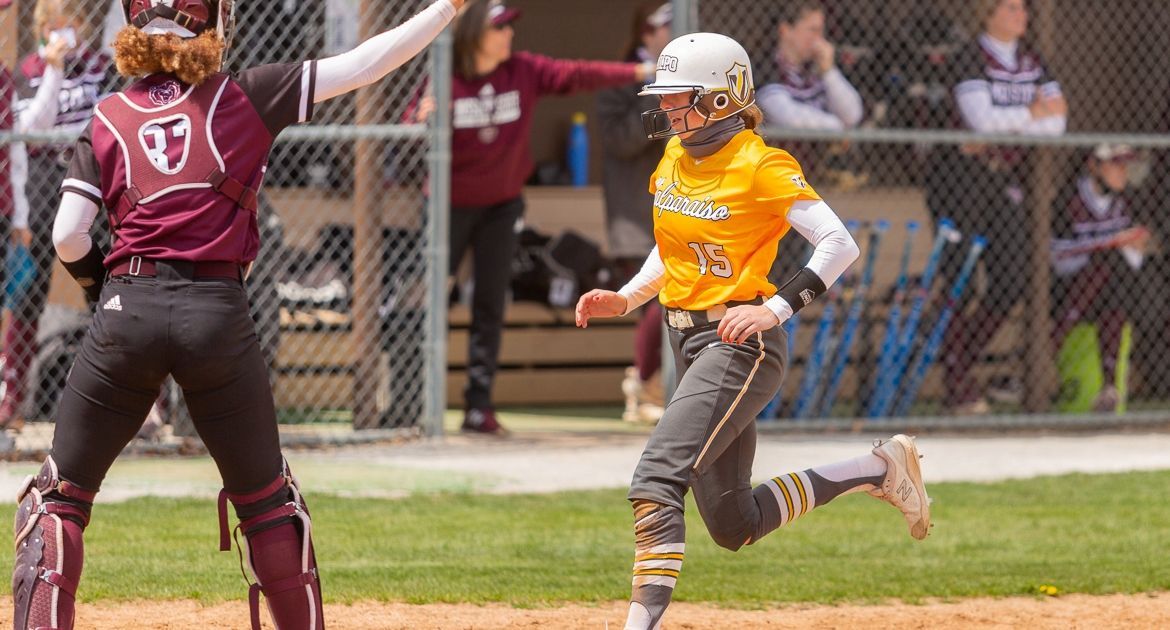 The Valpo softball team returned home for the first time in two weekends Saturday for an MVC doubleheader against visiting Missouri State, but the Bears came away with 8-3 and 8-0 victories.

Valpo will conclude its three-game series against the Bears with a single game from the Valpo Softball Complex on Sunday morning, with first pitch slated for 11 a.m.