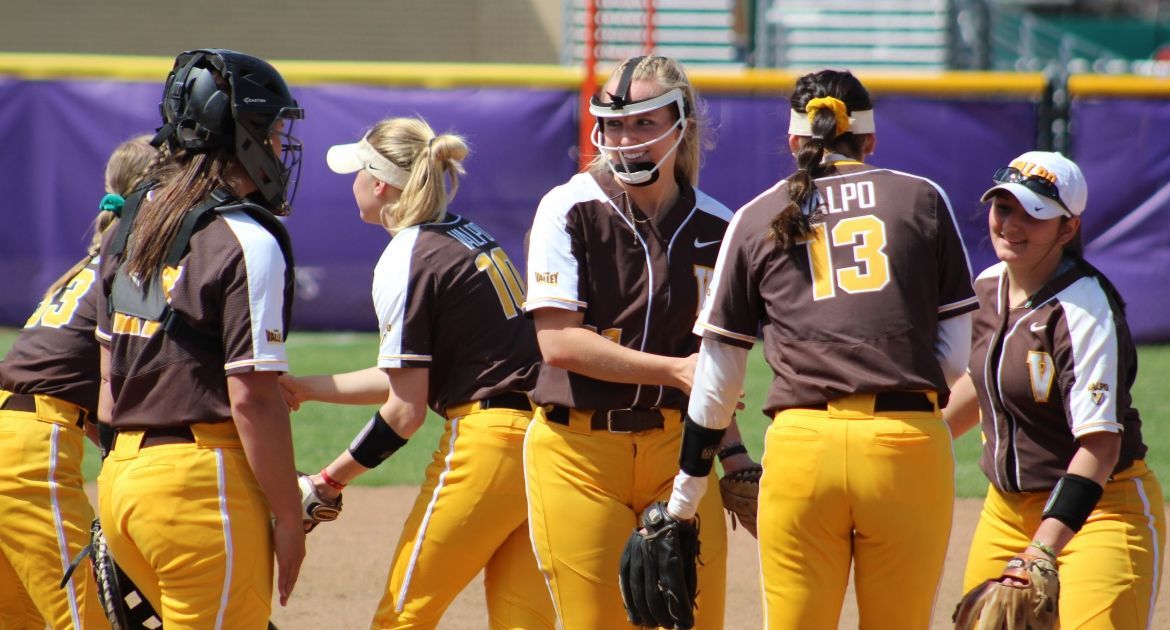 The Valpo softball team refused to go down quietly in its MVC Championship opener Wednesday afternoon in Evansville, Ind., scoring multiple runs in each of the final two innings. It wouldn’t be enough, however, as the Brown and Gold saw their season come to an end at the hands of Indiana State, 9-5.