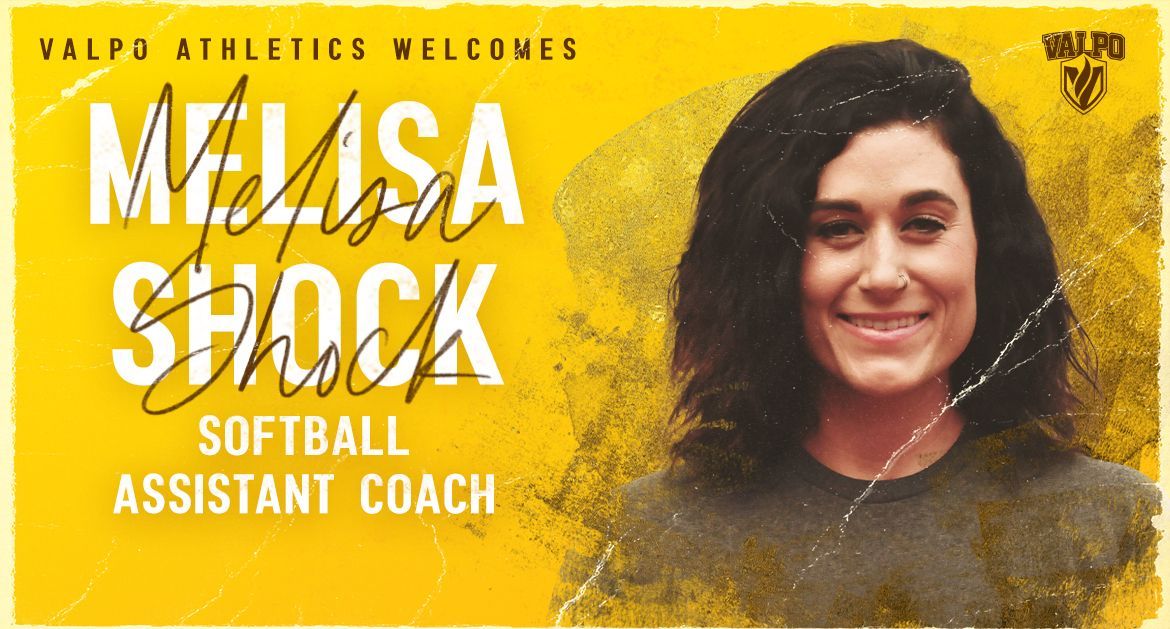 Valpo softball head coach Amanda Eberhart announced today that Melisa Shock has joined the program’s coaching staff as an assistant coach. Shock, who spent the previous two seasons on staff at Frostburg State, will work primarily with the team’s pitchers.

“Valpo Softball is so excited to welcome Melisa to the program,” Eberhart said. “Her love and passion for the sport and for the development of the student-athlete help makes everyone she works with a better player and person. I can’t wait to see Melisa start to work with our pitching staff as we continue to build positive momentum for the Valpo Softball program!”

“I am extremely thankful to Coach Riv for the opportunity to join the Valpo coaching staff,” Shock said. “Her passion, commitment and vision for the program makes it an exciting time for the future of Valpo Softball. The Valpo pitching staff is in a great position for the upcoming season. The experience they bring to the table will help in building a powerful and versatile pitching staff, and I am excited to help the pitchers take their skills to the next level. I can’t wait to get on campus and I look forward to seeing what the players accomplish this season!”

Shock made a big impact on the Bobcats’ pitching staff in her two years at Frostburg State, as the program’s ERA dropped from 3.93 in the 2019 season — the last before her arrival — to 3.37 in the 2021 campaign, while the staff’s strikeout total nearly tripled from 2019 to 2021 as well. Shock coached sophomore pitcher Shawna Leonard as she earned Second Team All-Conference and Second Team All-Region accolades in 2021.

The improvement in the Bobcats’ pitching staff came as the program transitioned from Division III to Division II, the 2019 season being Frostburg State’s last in D-III. In the team’s first full season at the D-II level, Shock helped guide the Bobcats to a 25-17 record, a second-place divisional finish in their conference and a third-place conference tournament finish. In addition to her work with FSU’s pitchers, Shock worked with slappers, baserunning and infield defense.

Prior to her arrival at Frostburg State, Shock spent the 2019 season as an assistant coach at West Virginia Tech. That season saw staff ace Karina Atanacio drop over six-tenths of a run off her overall season ERA and finish the year with a 2.69 ERA and a .240 opponents’ batting average in conference play.

Shock worked on staff at Wheeling Jesuit as a graduate assistant during the 2011 campaign as well. Outside of the college game, Shock has run Shock Softball since 2007, serving as a pitching and hitting instructor, and has been an instructor at Maxx Fastpitch camps as well. She also spent four years coaching select travel ball with Outcast Fastpitch.

Shock was a three-year pitcher in college for Wittenberg, capping her career by helping to lead the 2010 team as a team captain to a runner-up finish at its conference tournament. Shock earned her bachelor’s degree in 2010 from Wittenberg University in mathematics and went on to receive an MBA from the Keller School of Management in 2012.