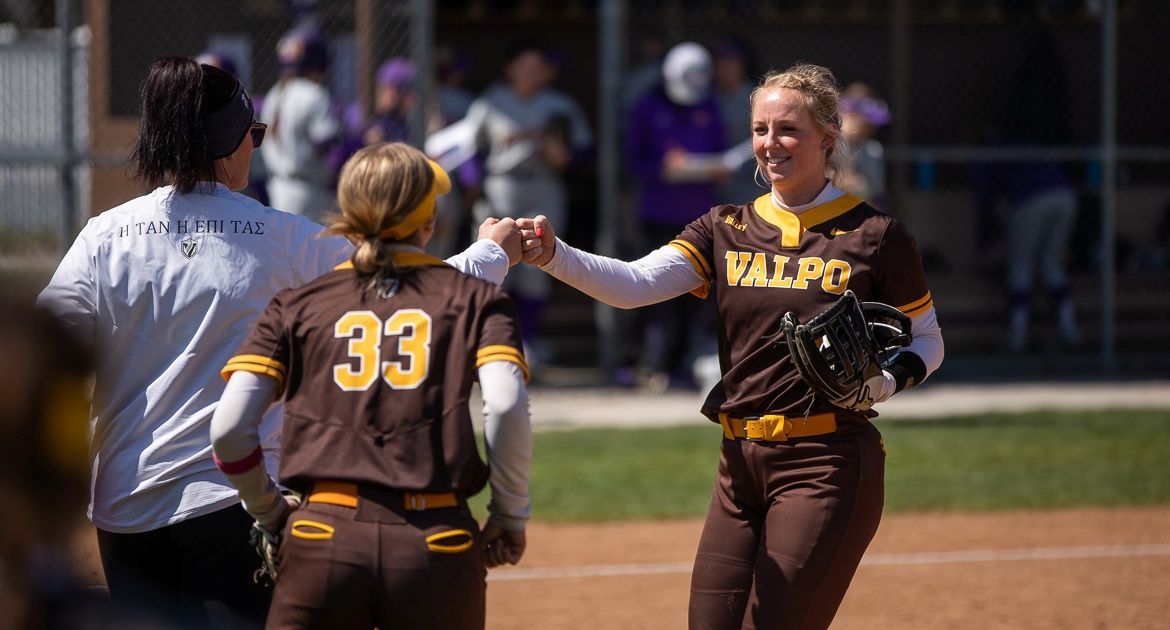 Easton Seib celebrates after ending an inning with a strikeout on Saturday.
UNI at Valparaiso | April 16, 2022

The Valpo softball team battled gamely against first-place UNI on Saturday afternoon in the MVC series finale at the Valpo Softball Complex and threatened to put runs on the board in numerous innings, but at the end of the day, a pair of solo home runs by the Panthers proved to be the difference as the Beacons fell by a 3-1 final.

Valpo (10-24, 1-14 MVC) closes out its lengthy homestand on Wednesday afternoon with a conference doubleheader versus Loyola. First pitch is slated for 1 p.m., with the games being broadcast on ESPN+.