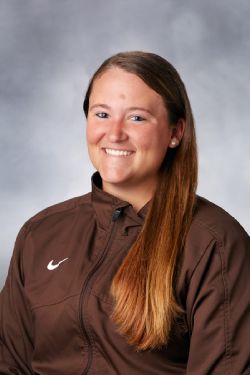 Alex Lagesse enters her second season as a member of the Crusader coaching staff in the fall of 2015.  Lagesse helped guide Valpo to a third-place finish in the Horizon League standings and a berth in the league championship game in her first season as an assistant coach.

A two-time All-League honoree during her playing career at Valpo, Lagesse earned Pitcher of the Week honors from the Horizon League office on six occasions.  She ranks first in Crusader history in both wins and strikeouts, as well as second in games pitched and fourth in ERA.

A two-time member of the league's All-Tournament Team, she set Valpo's single-season wins record as a senior in 2012, including a pair of wins on Championship Saturday of the league tournament to help lead the Crusaders to their first NCAA Tournament berth.

Lagesse spent the 2013 season serving as a volunteer pitching coach at Saint Joseph's (Ind.) College.  She graduated from Valparaiso in 2012 with a bachelor's degree in sports management, and is currently working towards her master's degree in sports administration.