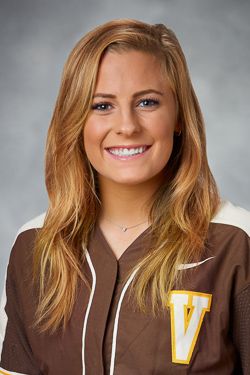 2020: Started all 19 games in center field for Valpo as a sophomore ... hit .310 (18-for-58) with 10 runs scored and two RBIs ... led Valpo in batting average, hits, on-base percentage (.412) and stolen bases (11) ... ranked second on the team in runs scored and walks (10) ... finished year fifth in the MVC in steals and 39th nationally in stolen bases per game ... recorded six multi-hit games and stole multiple bases on three occasions ... went 2-for-4 with a run scored and two stolen bases in Feb. 8 win over Fordham ... picked up pair of hits, including a triple, and scored a run in Feb. 14 win at Gardner-Webb ... reached base three times Feb. 16 versus Colgate, going 2-for-3 with a walk, a run scored and two stolen bases ... named to the All-Tournament Team at Stetson Invitational Feb. 29-March 1, going 2-for-6 with three runs scored, three stolen bases and six walks over the three games (1.167 OPS) ... tied program record by drawing four walks in Feb. 29 win over Bethune-Cookman, while also scoring two runs and stealing two bases ... went 2-for-3, including a double, and drew another walk March 1 in win at Stetson ... registered season-high three hits and scored game-winning run March 6 in extra-inning win over Niagara ... tallied two hits the next day against Longwood ... ended season on four-game hitting streak.

2019: Made 42 appearances as a rookie for Valpo, starting 41 times in the outfield ... hit .218 with 16 runs scored and 10 RBIs ... named to the MVC All-Defensive Team, one of just two freshmen on the team ... opened career with pinch-hitting appearance Feb. 22 against Delaware State ... picked up first career hit later that day against Bucknell ... drew three walks and scored a pair of runs in Feb. 24 win over Princeton ... went 2-for-3 with a double, a run scored, a stolen base and two RBIs in win over Wagner March 1 which was finished March 3 ... tallied another double as part of 2-for-4, 2-run performance against Wagner in regular scheduled March 3 game ... went 2-for-3 with a walk and a season-high three RBIs to help Valpo to win in series finale at Bradley March 17 ... had a stellar series in helping Valpo to series win over Indiana State April 19-20, going 7-for-11 with four runs scored ... recorded back-to-back three-hit games in first two games of series and scored three runs in series opener ... went 2-for-3 with a walk and a run scored in victory in MVC Tournament opener over Evansville May 8.

Prep: Helped Mill Valley H.S. capture regional championships and finish fourth in the state in each of her final two seasons ... a First Team All-State honoree as a senior and as a freshman ... hit nearly .450 as a junior and got on base at better than a .500 clip ... a four-year letterwinner, she earned First Team All-League honors all four seasons ... set program records for career runs scored and stolen bases ... played travel ball for Select Fastpitch.

Personal: Daughter of Tim and Shelly Moeder ... major is marketing.