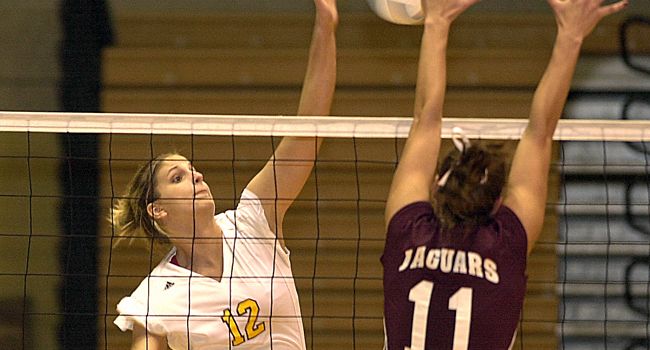 Lauren (Moulton) Marshall will be inducted on Saturday.

The 2004 Mid-Continent Conference Player of the Year, she helped lead the Brown and Gold to three Mid-Con titles as well as three NCAA Tournament appearances.

A three-time All Mid-Con selection, including twice as a member of the First Team, Marshall still holds the school’s career hitting percentage record at .280.  She also still ranks in the top five all-time with 1,195 career kills and 404 career blocks.

As a rookie she was named to the Mid-Con All-Freshman Team and was also selected as Valpo’s female Newcomer of the Year by SAAC.  Marshall was a three-time member of the Mid-Con’s All-Academic Team as well.

Marshall currently is a senior designer for DuPage Credit Union.

The Valparaiso University Athletics Hall of Fame Induction Banquet will be held on Saturday, Feb. 4 in the Community Room of the Christopher Center on campus.  The banquet is slated to begin at 3:30 p.m.  The inductees will also be honored at halftime of the men’s basketball game against Wright State that same evening which tips off at 7:05 p.m.