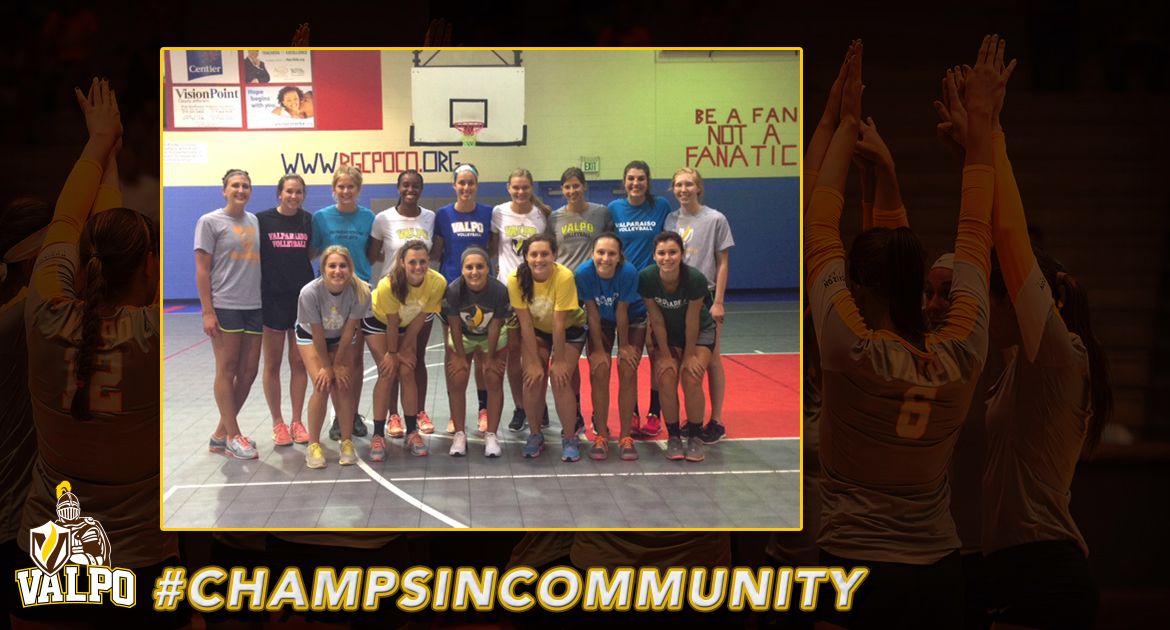 As they prepare for the start of preseason practice, the Valparaiso volleyball team took some time earlier this week to offer a one-day camp to members of Boys & Girls Clubs of Porter County’s South Haven Unit.

The Crusaders visited the Boys & Girls Club on Monday, August 4 to hold the camp, instructing the Club members on the basics of volleyball, including skill-building in setting, spiking, serving, and passing.

“Volleyball always generates a lot of interest from our Club members,” said Ron Ranta, unit director for the South Haven Club. “Not only did our members learn basic skills of this sport – but they had an amazing opportunity to interact with individuals who value volunteerism and truly care about kids.  We had 42 Club members participate and, at the end of the camp, the Crusaders joined in a game of dodgeball with our kids!”

The Valpo volleyball team begins preseason preparation for the 2014 campaign this weekend as it takes aim at a 13th consecutive 20-win campaign.  The season opens Aug. 29 at the NCCU Invitational in Durham, N.C. against Wofford.