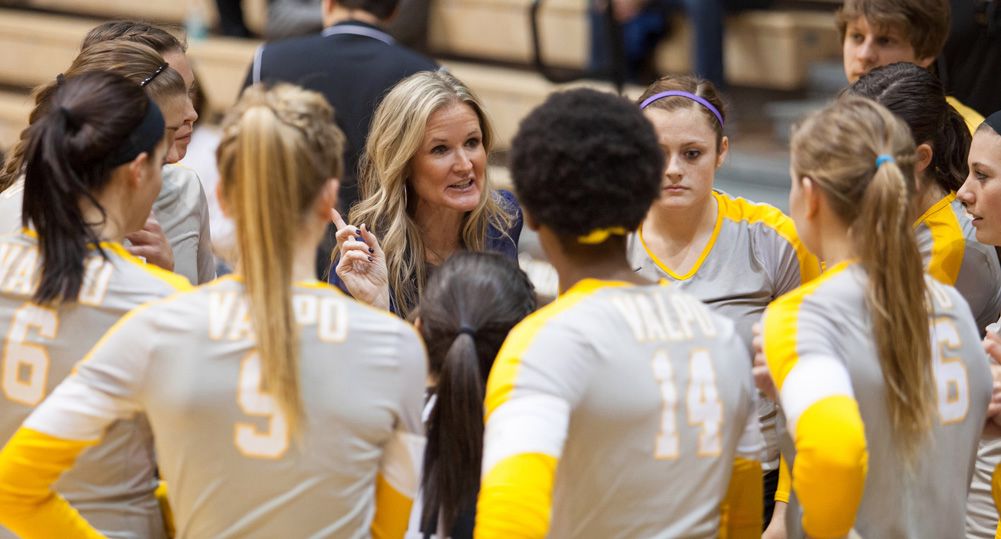 The Valparaiso volleyball team has been picked to finish in second place in the Horizon League standings this season, according to preseason polling of the league’s head coaches.

The Crusaders received one first-place vote in the polling and totaled 39 points, edging out Oakland by two points for second place.  Milwaukee claimed six first-place votes and 47 points to top the preseason projections.

Valpo returns 11 letterwinners, including five starters, from last year’s team, which won 25 matches, finished in second place in the regular season standings and advanced to the league championship match.  One of just ten programs nationwide to win at least 20 matches in each of the last 12 seasons, the Crusaders open the 2014 campaign on Friday against Wofford at the NCCU Invitational.