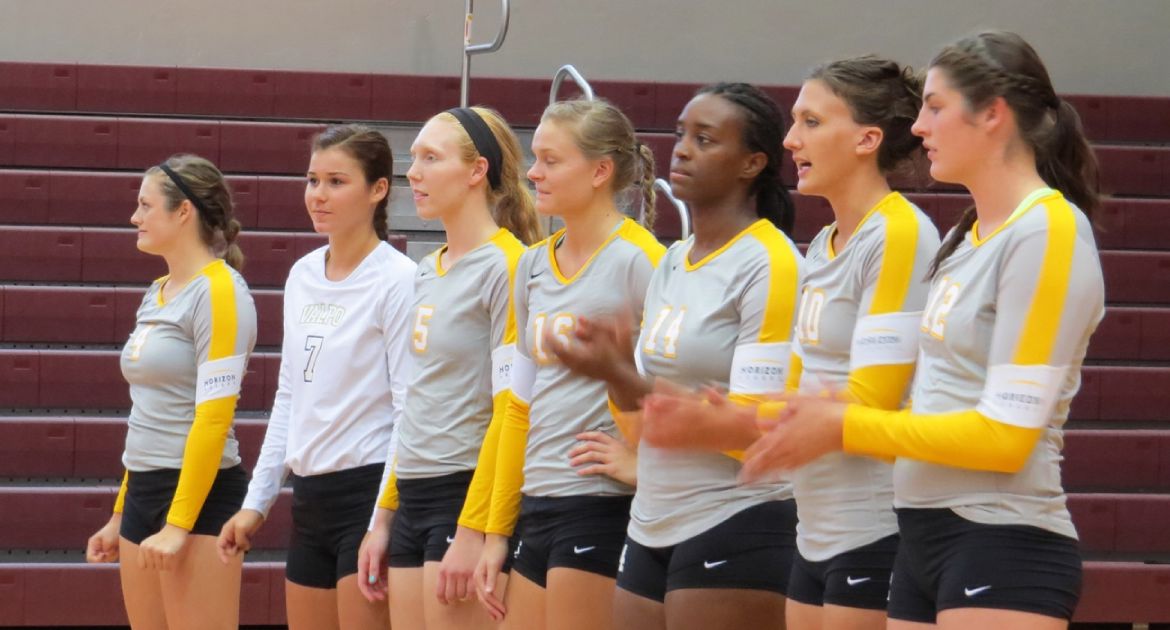 “We played another extremely scrappy team today,” said Crusader head coach Carin Avery.  “I'm glad we faced a team like Campbell this weekend, because they are similar to many teams in the Horizon League.  We are still playing many different lineups and it was an entire team effort this weekend.  All three matches we played this weekend were learning experiences for our team.”

The day got off to a great start for the Crusaders against Campbell, as Berrington served the first six points of the match, including three aces, as Valpo cruised to the opening-set win.  The Crusader offense struggled in the next two sets, however, allowing Campbell to take a 2-1 lead, but Valpo rebounded in the fourth frame, hitting at a .333 clip with 17 kills and claiming the lead for good at the halfway point of the set to force a decisive fifth set.

Valpo was unable to get anything going in the final set, however, scoring consecutive points just once in the fifth frame.  With the score tied at 4-4, Campbell scored four of the next five points to take the lead for good, and then scored four straight points with the score 10-8 to send the Crusaders to their first loss of the year.

Alexis Hein and Jessica Groen paced Campbell (3-0) with 19 kills apiece, the latter doing it on .378 hitting.  Lorin Thomas totaled 12 kills and led all players with 11 blocks.

With a number of different regulars on the court in the final match of the tournament against host North Carolina Central, the Crusaders showed little dropoff.  Valpo dominated the attack in the opening set, hitting .519 as it tallied 14 kills without a hitting error, and then the Crusaders went on a 7-2 run midway through the second frame to take control as they went up 2-0.  The Eagles claimed a tight third set to keep the match alive, but Valpo scored five of the final six points of the fourth set to end the weekend on a winning note.

Valparaiso (2-1) plays a non-league match Wednesday evening at the ARC, hosting IUPUI in the home opener at 7 p.m.  The game can be seen live on the Horizon League Network and heard live on WVUR (95.1 FM, Valparaiso), with links for live video and audio, as well as live stats, available at ValpoAthletics.com.