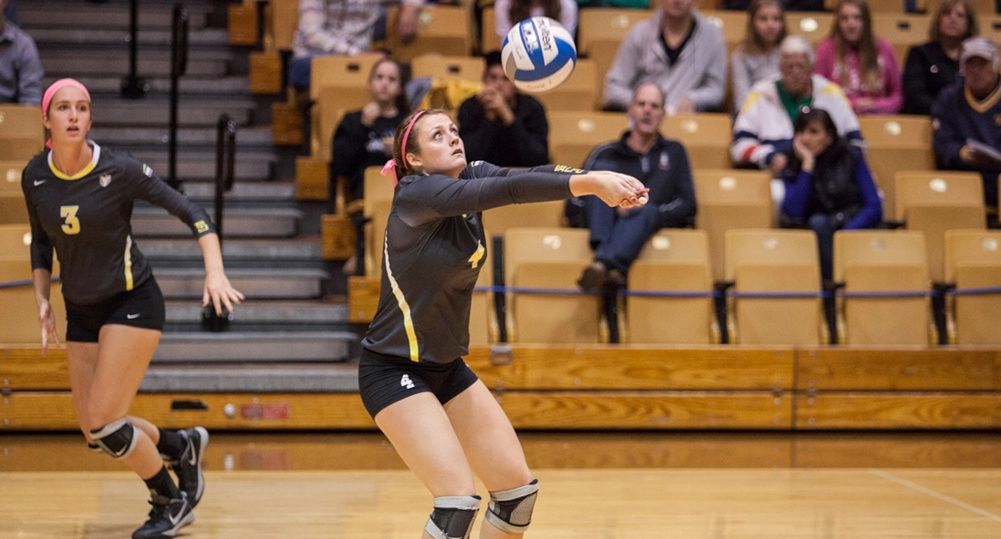 The Valparaiso volleyball team continued its stellar run this season on Friday evening at the ARC, bouncing back after dropping the opening set to Youngstown State to earn a 3-1 (16-25, 25-22, 25-20, 25-13) victory over the Penguins in Horizon League play.

“I’m very proud of the team for the adjustments we made after the first set tonight,” said Crusader head coach Carin Avery.  “In the first set, we did not do a good job of executing our game plan.  I thought it takes a really mature team to put that behind us, learn from it and make the adjustments we needed to make in the next three sets to come out with the win.”

The Crusaders struggled with YSU in the opening frame, tallying just nine kills while the Penguins registered 17 terminations.  Youngstown State took an 8-7 lead and scored 16 of the next 22 points to earn set point at 24-13.  Valpo was able to hold off three set point chances, but a kill from YSU’s Shannon Watson eventually gave the visitors the first set.

Valpo rebounded in the second set, leading the frame start-to-finish.  The Crusaders got out to a strong start, forcing a YSU timeout at 11-5 after a solo block from Emily Campbell (Grand Rapids, Mich./Forest Hills Central) and another timeout at 18-11 following a Taylor Graboski (Upper Sandusky, Ohio/Upper Sandusky) kill.  Valpo pushed the frame to set point at 24-19, but YSU reeled off three straight points to force a Crusader timeout with the lead cut to 24-22.  Out of the stoppage, though, freshman Allison Ketcham (Mishawaka, Ind./Marian) picked up a kill to send the match into the in-game break tied at one set apiece.

The third set was back-and-forth early on, featuring seven ties and a pair of lead changes.  The final tie came at 11-11, after which point the Crusaders stepped up with a 7-1 spurt, including two kills by Campbell and a pair of blocks from the combination of Campbell and Kelsey Victor (Logansport, Ind./Logansport), to go ahead 18-12.  YSU scored four straight points to close to within 18-16, but Victor registered back-to-back kills to push the lead back to four points, and Valpo’s advantage was at least three the rest of the way.

The Crusaders cruised to the fourth-set win, hitting .353 with 14 kills in the final frame while limiting the Penguins to .053 hitting.  Valpo led from the opening point, and pushed a three-point edge at 8-5 to nine points with a 6-0 run, including a pair of service aces by Rachel Bruinsma (New Era, Mich./Western Michigan Christian).  YSU crawled back within six points at 15-9, but the Crusaders scored ten of the match’s final 14 points to pull away for the win.

Campbell led a balanced offensive attack for the Crusaders on Friday with 15 kills, as six different Valpo players totaled at least six kills.  Victor hit .346 with 11 kills, while Ketcham ended the night in double figures as well, tallying ten terminations.  The Crusaders hit 256 as a team, with Kelsey Berrington (Britton, Mich./Tecumseh) handing out 43 assists to go with six kills on .417 hitting.

Defensively, Valpo was strong on Friday evening, totaling 92 digs.  Morganne Longoria (Burlington, Wis./Burlington) led the way in the back with 22 digs, one of five Crusaders to end the night in double figures in that category.  Berrington (16 digs), Ketcham (16 digs) and Campbell (15 digs) all recorded double-doubles, while Bruinsma reached double figures for the second time this year, tallying 12 digs.  At the net, Victor posted a match-best five blocks, leaving her just one rejection shy of 300 for her career.

Valparaiso (15-2, 2-1 Horizon) turns around for another league battle on Saturday afternoon, as the Crusaders take on Cleveland State at the ARC at 4 p.m.  It will be the Crusaders’ annual breast cancer awareness match, with the team sporting pink uniforms and Valpo’s SAAC selling pink gear to raise money for breast cancer research.  Live video, live audio and live stats will all be available through ValpoAthletics.com.