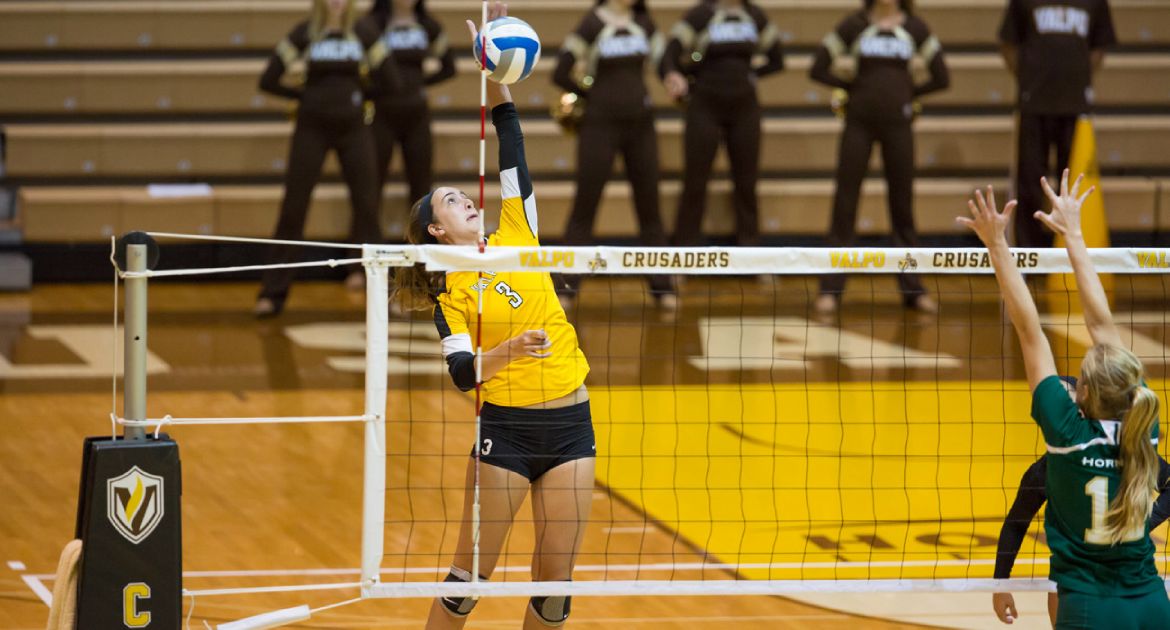 Beil started the week with seven kills in the Crusaders’ win over Youngstown State on Friday, but shone brightest in the four-set victory on Saturday against the Vikings.  The senior started the match by registered kills on all six of her attacks in the first set, and at the end of the net, Beil had tallied 15 kills on just 19 swings with one error, good for a .737 hitting percentage.

Beil obliterated Valpo’s previous record for hitting percentage in a four-set match, a mark which had stood for nearly 30 years at .632.  Her .737 hitting percentage is sixth-best in any length match in Crusader history, is the best performance by a Valpo player since 2007 and is the top mark by a Horizon League player this season.

On the week, Beil averaged 2.75 kills/set on .452 hitting in the pair of victories.  The honor was her second career weekly award from the Horizon League office, as she previously earned Offensive Player of the Week accolades as a freshman in 2011.  Beil and the rest of the Crusaders return to action Friday evening at Oakland.