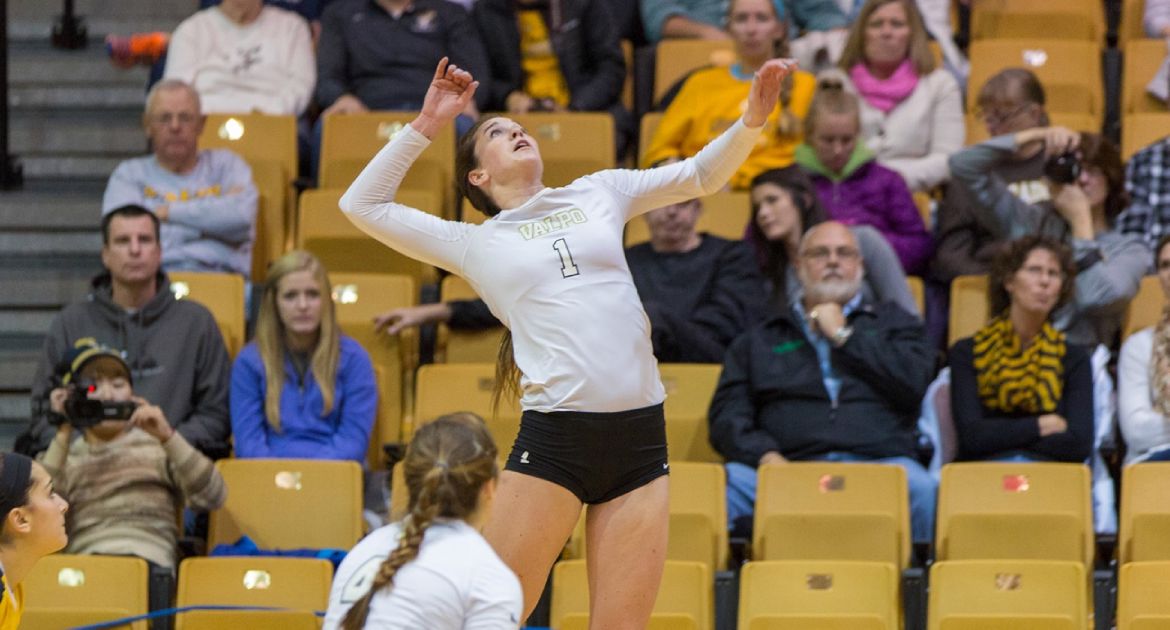 Emily Campbell picked up her second weekly honor of the year.

Valparaiso sophomore outside hitter Emily Campbell (Grand Rapids, Mich./Forest Hills Central) was named the Horizon League Offensive Player of the Week for the final week of the regular season after a pair of standout performances on the attack.  For Campbell, it marks her second Player of the Week accolade this year.

Campbell started the week with a match-high 23 kills on .320 hitting in the Crusaders’ five-set road win at IPFW in mid-week action.  She then helped Valpo close the regular season with a bang, hitting a career-best .571 with a match-best 17 kills in a sweep of UIC.  Her performance helped the Crusaders to their highest hitting percentage as a team (.426) in over eight years.

For the week, Campbell hit .410 and led all league players with 40 kills.  Campbell and the rest of the Crusaders kick off the Horizon League Championship Friday afternoon at 4 p.m. CT from the campus of Oakland against UIC.