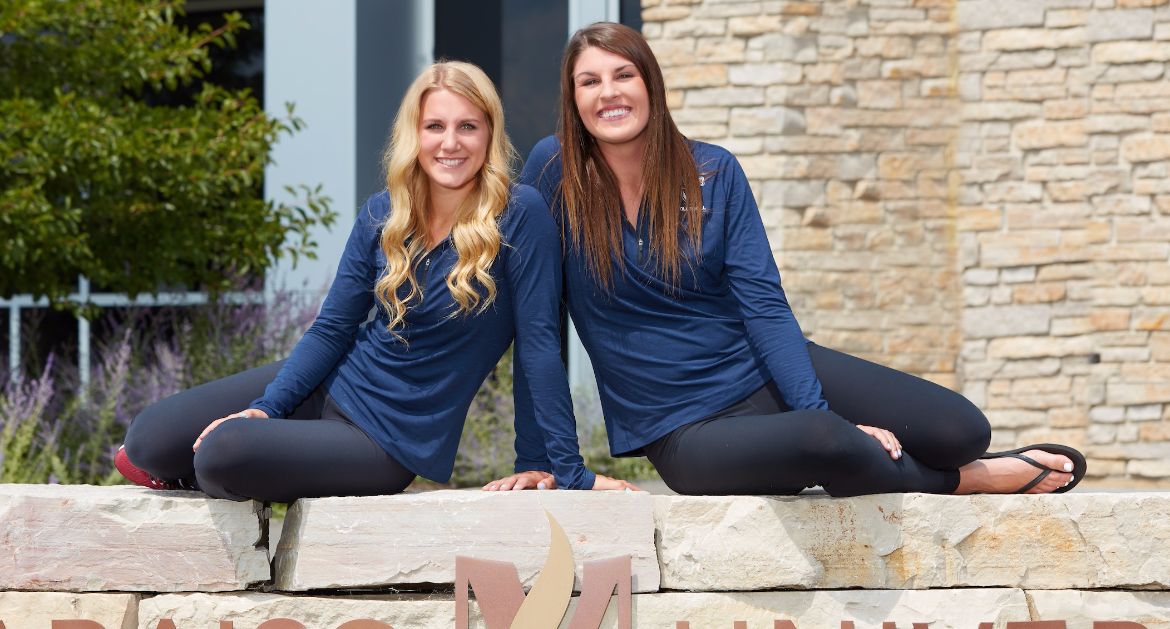 Win and you're in for the Crusaders this weekend

This Week in Crusader Volleyball: The scenario entering the final weekend of Missouri Valley Conference regular season play is simple for the Valparaiso University volleyball team this weekend. With one win over the final two matches, the Crusaders will be in the MVC Tournament. Valpo will host #25 Missouri State on Friday evening before welcoming Southern Illinois on Saturday night. Saturday night will be Senior Night for the Crusader program, as Valpo celebrates seniors Catherine Ament and Taylor Graboski.

Looking Ahead: Should the Crusaders earn a spot in the MVC Tournament, the six-team event begins with first-round action on Thursday, Nov. 23 in Normal, Ill., as Illinois State hosts the tournament.

Following the Crusaders: Both of this weekend's matches will be broadcast live on The Valley on ESPN3, WatchESPN and the ESPN app. Links for all the live coverage will be available through ValpoAthletics.com.

Head Coach Carin Avery: In her 16th season as head coach at Valparaiso, Carin Avery has won 370 matches (370-165, .692) at the helm of the Crusaders and has led Valpo to three league regular season and tournament titles, as well as three NCAA Tournament appearances. A two-time league Coach of the Year, Avery has coached 49 All-League recipients over her tenure as Crusader head coach. She is Valpo’s all-time leader in both victories and winning percentage, and owns 425 career victories overall as a head coach.

Series Notes: Missouri State - The Crusaders and Bears have met just three times on the volleyball court over the years, with MSU winning all three matchups. Earlier this year, Valpo took the conference champions to four sets in Springfield. Rylee Cookerly tallied 23 digs in that match, while Taylor Graboski recorded six blocks.

Southern Illinois - Another rare opponent for Valpo entering MVC play, the two teams have now met just four times - all four of which have resulted in SIU victories. Earlier this year, the Salukis picked up a 3-1 win in Carbondale despite 21 kills on .475 hitting and eight blocks from Graboski.

Scouting the Opposition: Missouri State - The Bears enter Friday night's match with a 24-5 overall record and have won 17 in a row, including all 16 of their MVC matches. Missouri State, which has already secured the Valley regular season title, entered the AVCA top-25 poll at #25 this week, its first national ranking in 14 years. All-American candidate Lily Johnson leads the Bears with 4.50 kills/set on .256 hitting and 3.99 digs/set, while Lynsey Wright adds 3.13 kills/set on .318 hitting.

Southern Illinois - The Salukis enter the weekend at 6-21 overall and 5-11 in MVC play, with a Friday night match on the docket at Loyola before coming to the ARC. SIU picked up a key five-set win at Drake last Friday to remain in the hunt for a berth in the MVC Tournament. Andrea Estrada leads the Salukis with 2.49 kills/set and adds better than three digs per set as well.

The Tournament Looms: With just one weekend left in Valley play, the Crusaders still have work to do to earn a berth in the conference tournament, as the top six teams qualify. Valpo is currently tied for fifth with Indiana State at 7-9, while Southern Illinois sits in seventh place at 5-11. The Crusaders would secure a tournament berth with a win in either match this weekend. If Valpo were to lose to Missouri State Friday and SIU wins at Loyola, Saturday's match would be a winner-take-all battle for the final tournament berth.

Celebrating the Seniors: Saturday will be Senior Day for two members of the Crusader volleyball program. Taylor Graboski and Catherine Ament will be taking part in their final home match at the ARC that evening against Southern Illinois. Graboski enters the final home weekend of her career among Valpo's all-time top-10 in kills, total blocks, and solo blocks. Meanwhile, Ament has served as a student assistant the last two years after being forced to step away from competition for medical reasons following her first two years at Valpo.

Ranked Foes: Friday night's match against Missouri State marks the Crusaders' third match versus a nationally-ranked team this season, all of which have come within MVC play. Both of Valpo's matches against UNI this year came while the Panthers were ranked in the top-25. Prior to the early-season matchup with UNI, the last time a nationally-ranked team had visited the ARC was Notre Dame on Sept. 1, 1998.

Digging Deep: For the ninth consecutive week, Valpo leads the nation in digs per set as the Crusaders remain the only squad in D-I volleyball posting more than 20 digs a frame. Entering the final weekend of the regular season, the Crusaders are averaging 20.08 digs/set, well ahead of UNI in second position (19.46 digs/set). Valpo leads the way as the top five teams in the nation in the category hail from the MVC. Valpo has a long tradition of strong defensive play, as the program has ranked among the top-20 nationally in digs/set in each of the last seven seasons - including a sixth-place placement in 2015 and a fourth-place finish in 2010.

Challenging a Long-Standing Record: Valpo's program record for digs in a single season has stood for over a quarter-century, as the 1991 North Star Conference regular season champions tallied a total of 2,479 digs that year. But this year's squad could make a run at that mark, as the Crusaders reached 2,149 digs for the season last time out. If Valpo maintains its pace of 71.63 digs/match, the Crusaders could break the record if they play 35 matches.

Cookerly Continues Strong Play: Freshman libero Rylee Cookerly averaged 6.25 digs/set over the pair of matches last weekend, tallying match highs with 27 digs in the win at Evansville and 23 digs at Indiana State. Along the way, she broke Valpo's single-season record for digs by a freshman. Cookerly has now ascended to seventh on the Crusaders' single-season list with 621 digs this year and ranks ninth nationally with 5.80 digs/set.

Bronner Leads Offensively: Junior middle Sydney Bronner led Valpo offensively, as well as in its defense at the net, over the two matches last weekend. She opened the weekend with an errorless performance on the attack in Valpo's win at Evansville, putting down 13 kills on 28 swings for .464 hitting and also tallying a match-high six blocks. She followed at Indiana State with a team-best 14 kills and added a pair of blocks as well. For the week, she averaged 3.38 kills/set on .355 hitting and an even one block per set. Bronner currently leads the MVC entering the final weekend of the regular season with 1.03 blocks/set.

Third Time's The Charm: Redshirt junior Allison Ketcham is aiming to lead her conference in digs by a non-libero for the third time in her career. Ketcham - who has reached double figures in digs 27 times this year, including six efforts of 20 or more digs - is averaging 4.36 digs/set this season to pace all non-liberos in the MVC. Ketcham previously led the Horizon League in digs by non-liberos in 2014 and 2015.