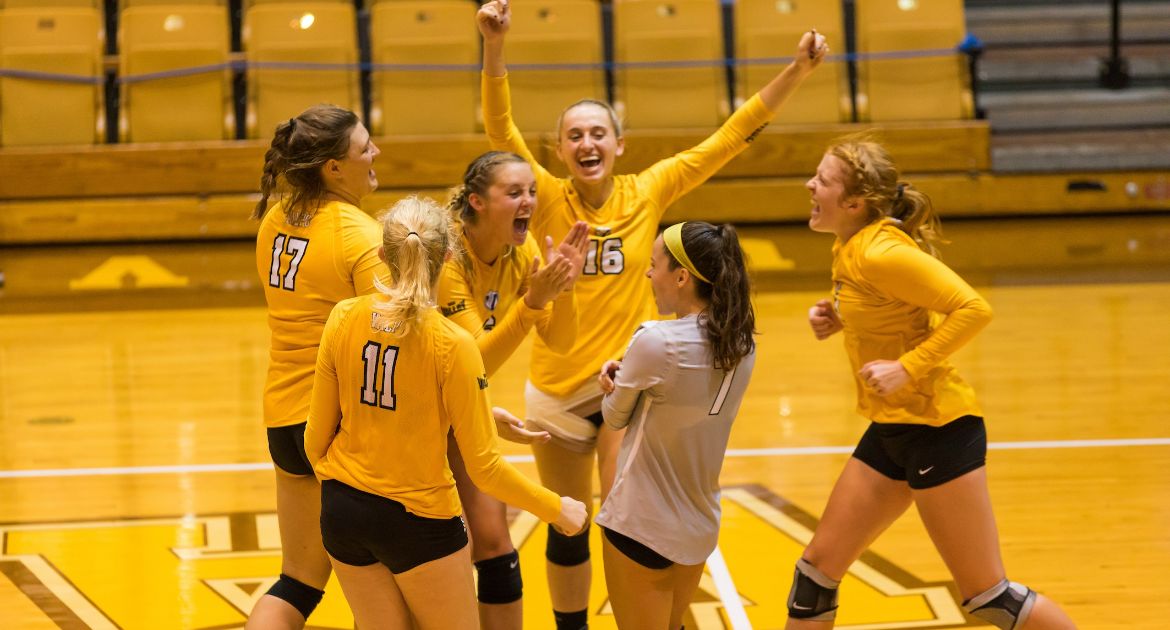 This Week in Crusader Volleyball: The Valparaiso University volleyball team opens up the 2018 season this weekend at the EIU Panther Invitational with four matches over a two-day stretch. Valpo kicks off action Friday morning against Fresno State and will also face St. Francis (Pa.) and Iona before closing the tournament Saturday evening against host Eastern Illinois.

Previously: Competing in an exhibition match for the first time, Valpo hosted Milwaukee last Saturday and defeated the Panthers, 3-1.

Looking Ahead: Early-season action continues next weekend for Valpo with a trip to Mount Pleasant, Mich. for the CMU Chippewa Invitational.

Following the Crusaders: Live stats for all four matches this weekend will be available via ValpoAthletics.com.

Head Coach Carin Avery: In her 17th season as head coach at Valparaiso, Carin Avery has won 371 matches (371-167, .690) at the helm of the Crusaders and has led Valpo to three league regular season and tournament titles, as well as three NCAA Tournament appearances. A two-time league Coach of the Year, Avery has coached 55 All-League recipients over her tenure as Crusader head coach. She is Valpo’s all-time leader in both victories and winning percentage, and owns 426 career victories overall as a head coach.

Series History: Valpo will be facing Fresno State for the first time in three decades on Friday, as the Bulldogs won the only previous matchup, 3-0, on Sept. 8, 1988. First-time meetings with both St. Francis and Iona follow, and the Crusaders close the tournament looking to improve on a 5-13 overall record against Eastern Illinois. Valpo and EIU met for the first time in 20 seasons last year at the ARC, a match which ended in a 3-1 win for the Crusaders behind 15 kills on .394 hitting from Ally Cummings.

Cookerly Back For More: Replacing a four-year libero is never easy, but Valpo knew it was in good hands last season when then-freshman Rylee Cookerly set a new program record in her first career match with 43 digs at Notre Dame. Cookerly stayed strong in the back row all season long, finishing the year with 686 digs - fourth-most in a single season in program history - and ranking ninth in the nation in digs/set. She would be named the AVCA Midwest Region Freshman of the Year, one of just 10 freshmen nationwide to earn the honor, and was also named to the MVC All-Freshman Team.

Ketcham Enters Final Season: It might have been a new conference last season, but it was the same consistent play defensively from fifth-year senior outside Allison Ketcham. Ketcham averaged a career-best 4.26 digs/set, coming up just one dig shy of 500 for the season, and paced all non-liberos in the MVC in digs. For Ketcham, she has now led her conference in digs by a non-libero in each of her three complete seasons and enters her final season already ninth in career digs in program history with 1,435 digs.

Setting the Pace: Brittany Anderson made an immediate impact in the fall of her freshman year, stepping right in at setter and leading the Crusader offense. The volleyball and softball two-sport standout was an MVC All-Freshman Team selection as a rookie, dishing out 1,235 assists and ranking third in the MVC in assists/set. A two-time MVC Freshman of the Week selection and member of two All-Tournament Teams, Anderson tallied the most assists by a freshman in the tenure of head coach Carin Avery and also added 328 digs and 78 blocks as well.