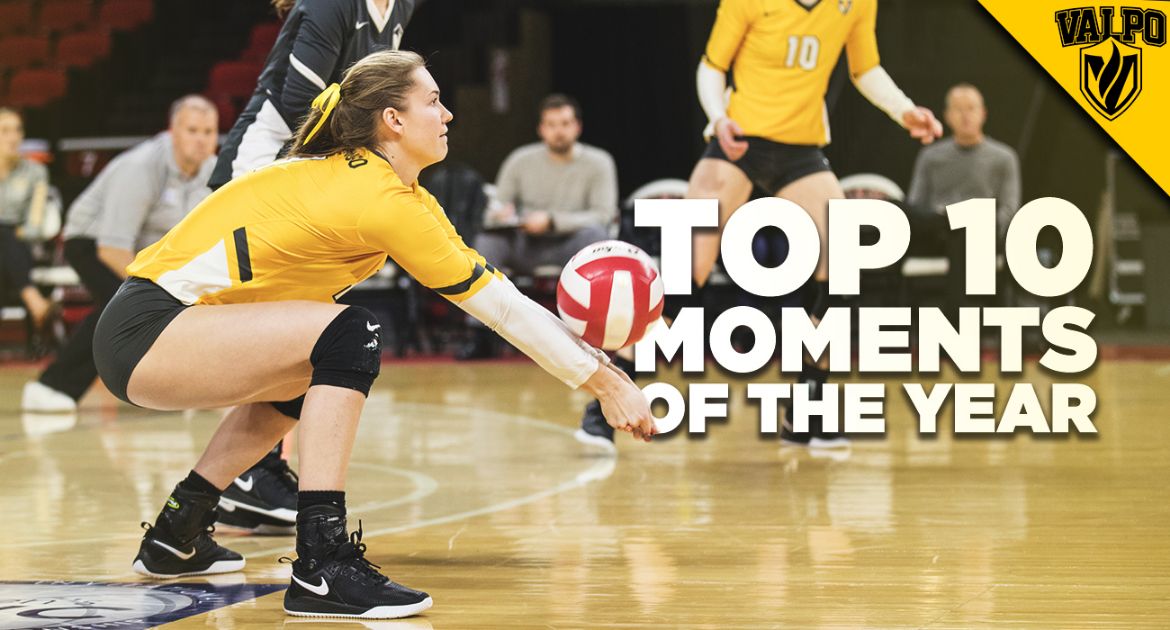 The next entry on the Valpo Athletics year-end countdown might be best described not as one moment, but as 2,613 separate moments. The Valparaiso University volleyball team tallied 2,613 digs in the 2018 season, setting an NCAA Division I record for team digs in a season in the 25-point rally scoring era - a feat which is good for the No. 6 spot in our countdown of the best moments in Valpo Athletics this year.

The Valpo volleyball program has been renowned for its back-row play recently, ranking among the top-20 teams nationally in digs/set each of the last nine seasons and pacing the country in digs/set in 2017. But this year, as it eventually took to the court for 38 matches, Valpo was able to rack up a sheer quantity of digs unprecedented in this era of NCAA D-I volleyball.

Valpo surpassed the previous school record of 2,479 digs, set in 1991 under side-out scoring rules, in its opening NIVC match against Ball State. The team then set its sights on the NCAA 25-point era record of 2,581 digs, set by UNI in 2017. Entering its NIVC quarterfinal match at Tulane just 19 digs shy of the mark, Valpo would break the record midway through the second set on a dig from fifth-year senior Allison Ketcham.

Eventually, Valpo closed the campaign with 2,613 total digs as a team to establish the new NCAA D-I 25-point rally scoring era mark. Perhaps even as impressive, only three squads in the 30-point rally scoring era even surpassed that total. Sophomore Rylee Cookerly paced Valpo with 739 digs on the season - third-most in a single season in program history and good for third nationally. Ketcham added 523 digs as well, closing out a career which saw her tally 1,958 digs - fourth-most in a career in program history and most by a non-libero.

The countdown continues on Friday as we unveil the No. 5 moment of the year in Valpo Athletics.