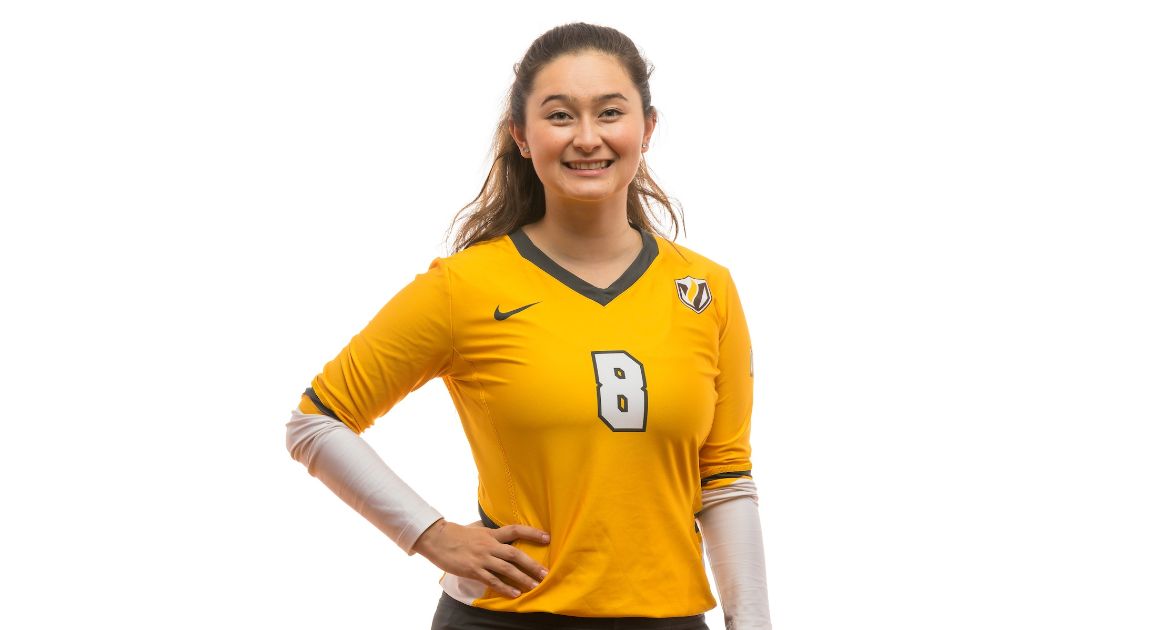 This Week in Valpo Volleyball: Valpo takes to the ARC floor for the final time in 2019 this weekend as it hosts Illinois State and Bradley in a key pair of matches. Saturday will be Senior Night for the Valpo volleyball program, honoring Alana Brown and Brooke Westphal.

Previously: It was a long weekend for Valpo last weekend, as the Brown and Gold made the lengthiest trip in the MVC schedule and played back-to-back five-set matches. Valpo rallied for a five-set win on Friday at Southern Illinois in a match which featured one of the program’s all-time best offensive performances out of Peyton McCarthy, but then fell in five sets Saturday at Missouri State.

Looking Ahead: The regular season comes to a close next weekend with the Iowa road swing, as Valpo takes on Drake Friday night and UNI Saturday evening.

Head Coach Carin Avery: In her 18th season as head coach at Valparaiso, Carin Avery has won 409 matches (409-195, .677) at the helm of the Crusaders and has led Valpo to three league regular season and tournament titles, as well as three NCAA Tournament appearances. A two-time league Coach of the Year, Avery has coached 59 All-League recipients over her tenure at Valpo. She is Valpo’s all-time leader in both victories and winning percentage, and owns a 464-219 (.679) record overall as a head coach.

Series History: Illinois State - Valpo is just 2-8 all-time against the Redbirds, and Illinois State has won all six meetings in the series over the last three seasons since Valpo joined the MVC. Earlier this year, Illinois State earned a 3-1 win in Normal - Valpo was led by 13 kills on .310 hitting and six blocks from Peyton McCarthy in that match.

Bradley - Bradley holds a slight 10-9 advantage in the all-time series and is 3-2 against Valpo since the Brown and Gold joined the MVC. The Braves have won three straight in the series, including a three-set sweep in Peoria in the first meeting this year. Valpo hit just .015 in that matchup, but did have 10 team blocks, including six rejections by Haley Hart.

Scouting the Opposition: Illinois State - The Redbirds enter Friday night’s match at 15-11 overall and 8-6 in MVC play, splitting last weekend with a four-set loss to UNI and a three-set win over Drake. Kaylee Martin leads Illinois State with 3.86 kills/set, while Sydney Holt hits at a team-best 306 clip. Stef Jankiewicz ranks second in the Valley with 10.83 assists/set and Kaity Weimerskirch has stepped up in the back row in MVC play, averaging 5.33 digs/set against Valley opponents.

Bradley - The Braves come into the weekend at 13-12 overall and in third place in the MVC standings at 9-5, with a match at Loyola Friday prior to arriving at the ARC. Hannah Thompson paces Bradley on both sides of the ball, posting 3.18 kills and 4.71 digs per set.

Digging Deep: Each of the last two years has seen Valpo lead the nation in a digs category. Valpo led Division I in 2017 in digs/set nearly all season long, ending the year averaging 20.03 digs/set to lead the nation. Valpo’s 2017 campaign was only the second since the move to 25-point rally scoring in 2008 where a team averaged at least 20 digs/set. Then last year, Valpo posted 2,613 digs to lead the country in total digs, setting not only a Valpo single-season record, but a Division I record in the 25-point rally scoring era. The Crusaders have a long tradition of strong defensive play, as they have ranked among the top-20 nationally in digs/set in each of the last nine seasons - including a sixth-place placement in 2015 and a fourth-place finish in 2010 in addition to 2017’s statistical championship. This year’s team currently ranks 24th nationally with 17.15 digs/set, with junior libero Rylee Cookerly ranking 22nd individually.

A Historic Effort: Junior middle hitter Peyton McCarthy enjoyed one of the most prolific matches in program history in Friday’s come-from-behind win at Southern Illinois. McCarthy posted a career-high and Valpo season-best 25 kills on .512 hitting, smashing her previous career best of 18 kills. It was the best hitting percentage in program history by a player with 25 or more kills in a match, while her 25 kills are second-most by a Valpo player in a five-set match in the 25-point era and the .512 hitting percentage ranks third in a five-set match in the 25-point era. McCarthy now ranks fourth in the Valley in hitting percentage this season (.276) and owns a team-best 2.88 kills/set, just outside the MVC’s top-10.

Going the Distance: For a squad which had seen the vast majority of its conference matches last just three sets, this past weekend was an anomaly for Valpo, as it played the full five sets at both Southern Illinois and Missouri State. It was the first time the Crusaders have played consecutive five-set matches since Nov. 2 (at Loyola) and 9 (Bradley) last season, and the first time that it has happened in a 24-hour span since Aug. 26 (Hofstra) and 27 (Army West Point) of 2016.

Key Contributions: When Valpo needed them most in the come-from-behind win at SIU on Friday, outsides Jillie Grant and Jaclyn Bulmahn stepped up, as neither committed an attack error in the final two sets as Valpo completed the comeback. Grant registered seven kills on 16 swings, while Bulmahn chipped in five kills on 13 swings.

Picking Up the Digs: Junior libero Rylee Cookerly continued her leading play on the back line for Valpo last weekend, pacing all players in digs in both matches. The junior racked up a match-best 25 digs in the come-from-behind win over SIU on Friday, and followed with a 33-dig performance Saturday at Missouri State - the only player in that match to even rack up 20 digs. For Cookerly, it was her second 30+ dig performance of the year and fourth of her career. Cookerly, who has now led all players in nine of the last 11 matches, enters this week with 1,956 career digs - just two shy of Allison Ketcham for fourth place in program history, and just 44 away from the 2,000-dig milestone.
She currently ranks fourth nationally among active Division I players in career digs/set (5.36) and is 14th among active players in career digs - the only junior among the top-25 in the latter category. In fact, only two other juniors nationally are even within 400 digs of Cookerly’s career total.

Handing Out the Assists: Junior Brittany Anderson checked off another box on her march up Valpo’s career assist charts last week during one of her more impressive efforts of the year. Anderson handed out 55 assists in the come-from-behind win at SIU while leading the way as Valpo hit at a .267 clip for the match. With her 26th assist of the match, Anderson surpassed Kim Bukowski for fourth in program history in career assists. The junior now owns 3,605 career assists, which ranks 21st among active Division I players and third among juniors.